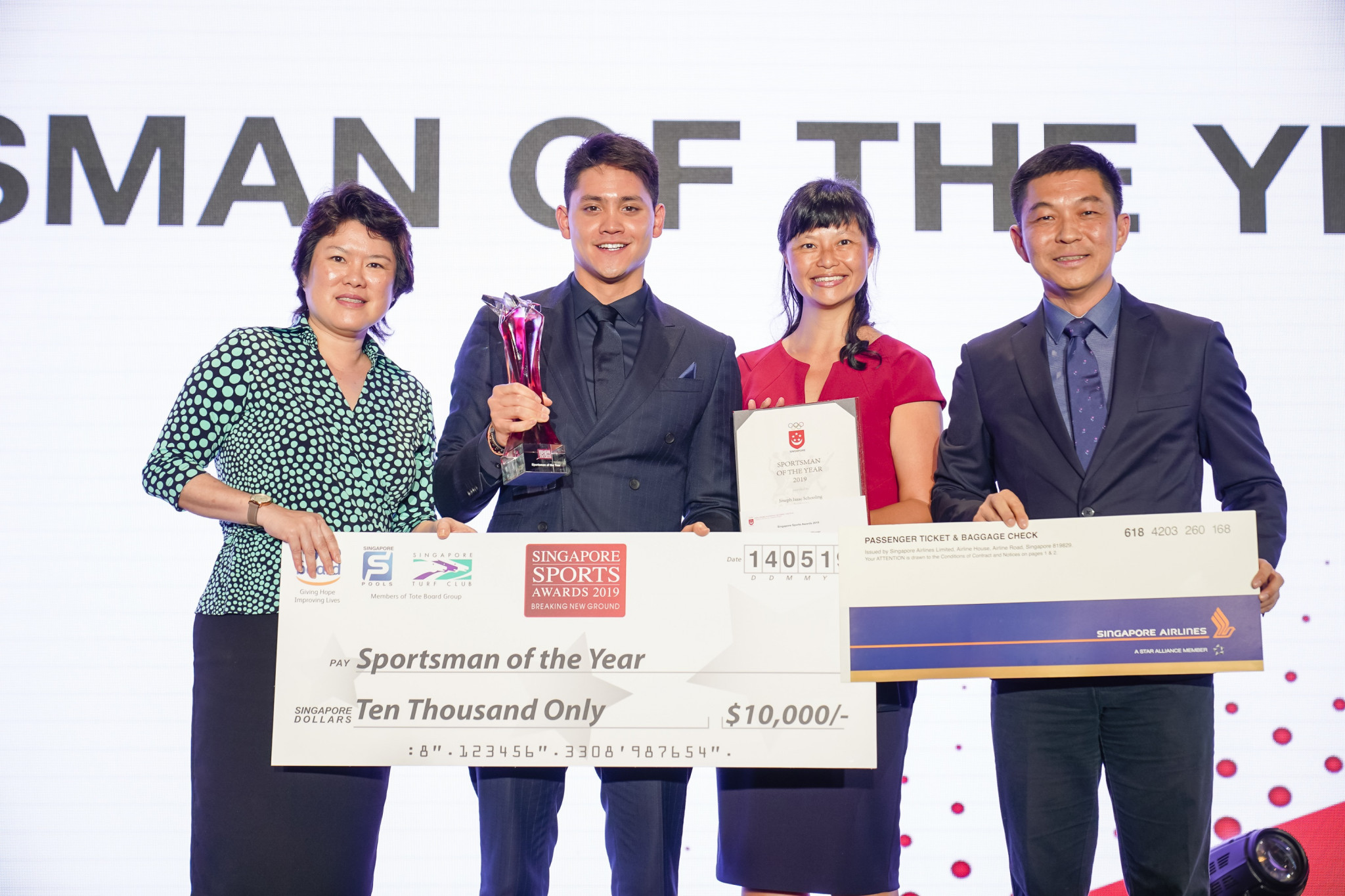 Swimmer Joseph Schooling and shooter Martina Veloso were named the 2018 sportsman and sportswoman of the year as the Singapore Sports Awards took place at the Orchard Hotel.

Schooling, the reigning Olympic 100 metres butterfly champion, won the 50m and 100m butterfly titles at the 2018 Asian Games in Jakarta and Palembang along with bronzes in the men's 4x100m and 4x200m freestyle relays.

It is the sixth time he has won the award, a new record.

Veloso, meanwhile, is a first-time winner of the sportswoman of the year prize.

Among the other winners was pencak silat's Sheik Alau'ddin Bin Yaacob Marican, named coach of the year.

The event was organised by the Singapore National Olympic Council and Sport Singapore.

It was supported by the Tote Board group, comprising Tote Board, Singapore Pools and the Singapore Turf Club.

"This year's awards is themed 'Breaking New Ground', and is especially apt after a 2018 filled with breakthroughs in our sporting fraternity," Abdul Halim Kader, chairperson of the Organising Committee for the 2019 Singapore Sports Awards, said.

"Team Singapore competed in four major Games last year - the most ever in one year.

"Medals, national records and personal bests were attained at these Games as well as at the continental and world championships.

"We are here not just to celebrate the achievements of our athletes - we are also here to pay tribute to the coaches and to recognise excellence in events management, sports journalism and photography.

"As in previous years, the selection committees from the Singapore National Olympic Council and Sport Singapore met and deliberated on the nominations submitted by the National Sports Associations (NSAs).

"The committees then voted for the winners through secret ballots."

Kader added: "I would like to congratulate all award recipients and finalists here - you are all winners for having faced your struggles head on and found ways to overcome them to be as an awardee here.

"There are many people who helped put this event together.

"I would like to express my gratitude to my colleagues from the Organising Committee, staff at the Orchard Hotel, the NSAs and the awards recipients.

"Last but not least, many thanks to the Tote Board Group and Singapore Airlines for your unwavering support and contribution."

Tan Chuan-Jin, Speaker of Parliament and President of the Singapore National Olympic Council, graced the event as guest of honour to present the awards to the winners.

"Their achievements are not limited to that at the major Games," he said.

"Team Singapore, in sports such as bowling, fencing, indoor skydiving, silat and wushu, is also performing outstandingly on the continental and world stages.

"Here, we witnessed breaking, a dance expression of the hip-hop culture.

"It's a sport that demands strength, agility and skills like most other sports, and is making an entrance into the Olympic Games.

"This year, we also welcome our first indoor skydiving athletes to the Sports Awards finalist alumni.

"The future of sport lies in the hands of the young and promises very exciting times indeed."