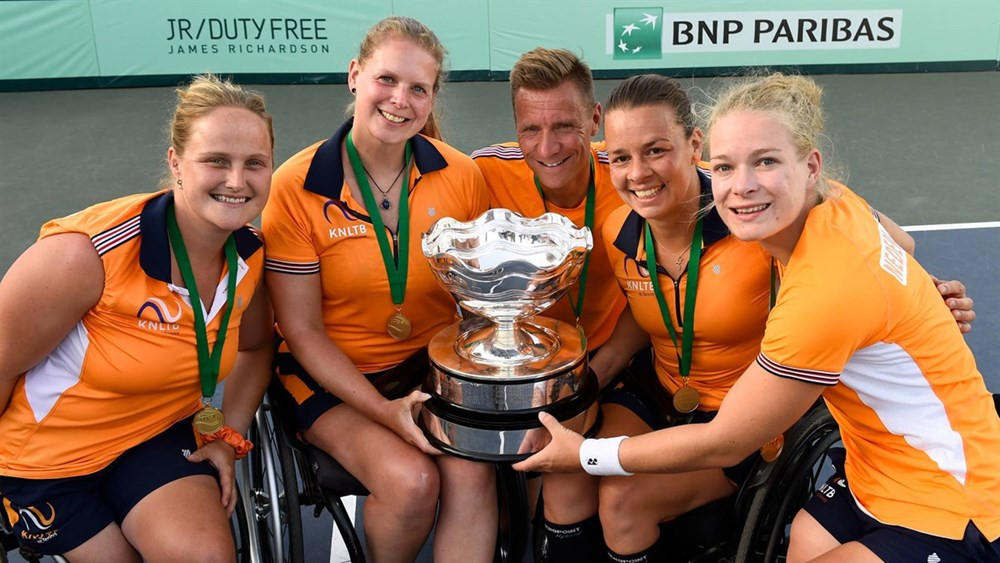 The Netherlands won the women's title for the 31st time at the wheelchair tennis World Team Cup as Britain triumphed in the men's event.

Aniek van Koot, Marjolein Buis and Diede de Groot teamed up for the Dutch as they saw off Japan 2-1 in the final in Ramat Hasharon in Israel.

Van Koot, the world number three, proved far too strong for Japan's Manami Tanaka in the opening singles rubber as she won 6-1, 6-1 on the hard courts of the Larry and Mary Greenspon Israel Tennis Centre.

This went the distance with Buis and De Groot battling from a set down before winning via tie-break over Momoko Ohtani and Kamiji, 6-7, 6-4, 10-8.

The event is the premier team wheelchair competition held by the International Tennis Federation.

Britain won their second men's title as they beat France 2-0, the same opponents and scoreline as their previous success in 2015.

Gordon Reid won six games in a row in the first set before closing out the opening singles match against Nicolas Peifer, 6-1, 7-6.

It meant the doubles rubber did not need to be played.