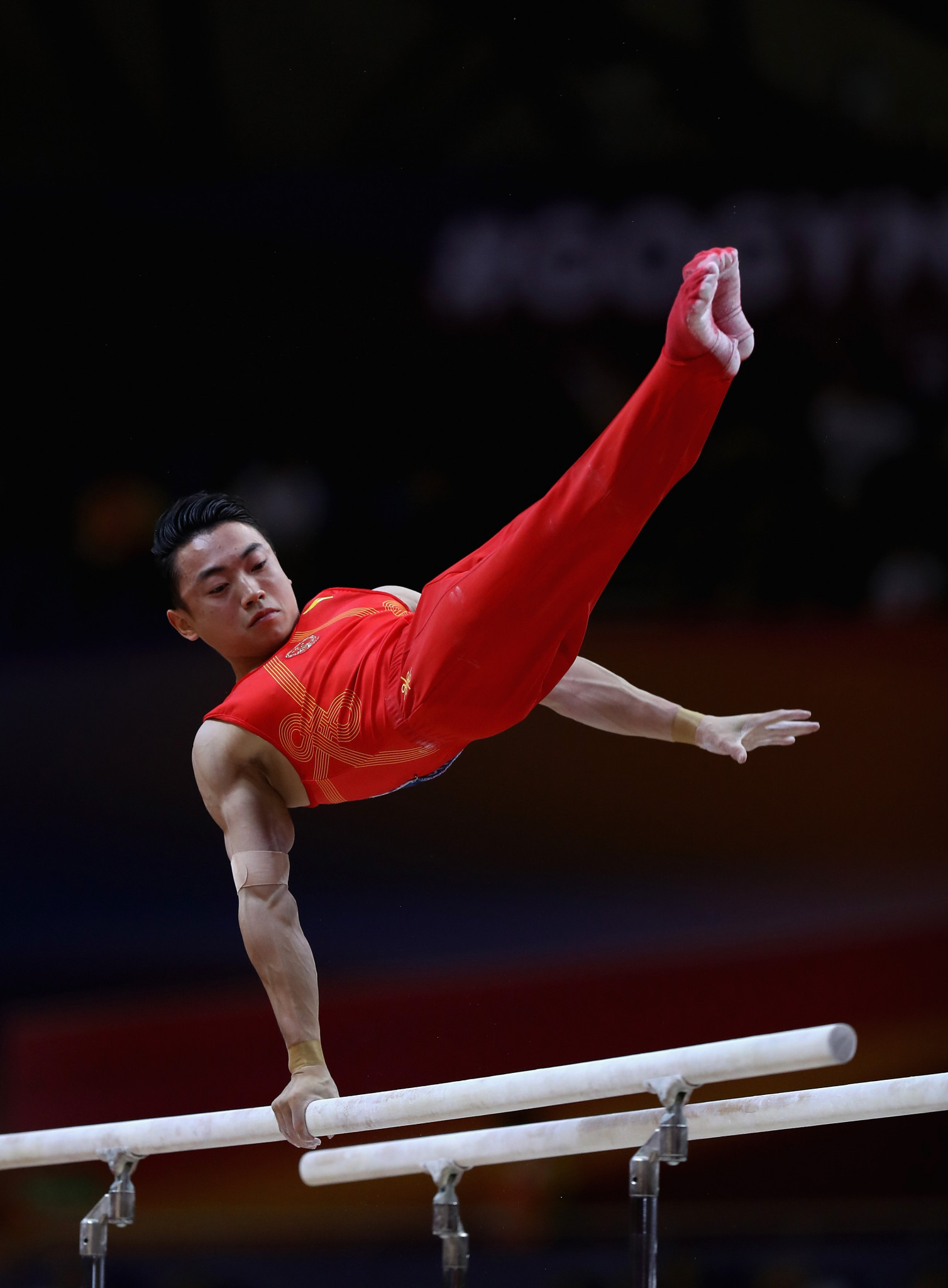 China’s parallel bars specialist Zou Jingyuan is set to shine on home ground at the World Challenge Cup – the first of the International Gymnastics Federation (FIG) series that starts in Zhaoqing tomorrow and will run until Tuesday (May 21).

Gymnastics brings me so much joy, just doing the apparatus,” said the 21-year-old double world champion.

“If I were not a professional athlete I would be playing around in the gym as a hobby from day to night anyway.”

As well as his two world titles, Zou has also won one World Cup, one Asian Championship, one Asian Games and three World Challenge Cup titles on Parallel Bars in the past two years.

The fans inside Zhaoqing’s Sports Complex will have high hopes.

Zou attributes his success to his coach, Wang Hongwei, who coached Chen Yibing to the Beijing 2008 gold on rings, and Feng Zhe to the parallel bars title at London 2012.

“He is excellent,” he told FIG.

“In his coaching ideology, the quality of a routine is much more important than its difficulty.

“Only when the quality of each routine is good enough will he increase the level of difficulty.

“That is the principle he always insists on.”

At times, Zou’s mastery has resulted in his rivals resorting to simple appreciation.

“I was overwhelmed when I heard him applauding,” Zou said of Rio 2016 Olympic Games gold medal winner Oleg Verniaiev of Ukraine reaction to his parallel bars routine at the 2018 World Championship final, in which he scored a monumental 16.433.

In Zhaoqing, a new destination for the World Challenge Cup series, Zou will be one of several Chinese gymnasts ready to excel.

The event is the first of seven, with the series culminating in Guimaraes, Portugal, from September 19 to 22.

“I am really looking forward to it,” said Zou, who will line up alongside Deng Shudi and Liu Yang, both members of the Chinese men’s team which won bronze at Rio 2016.