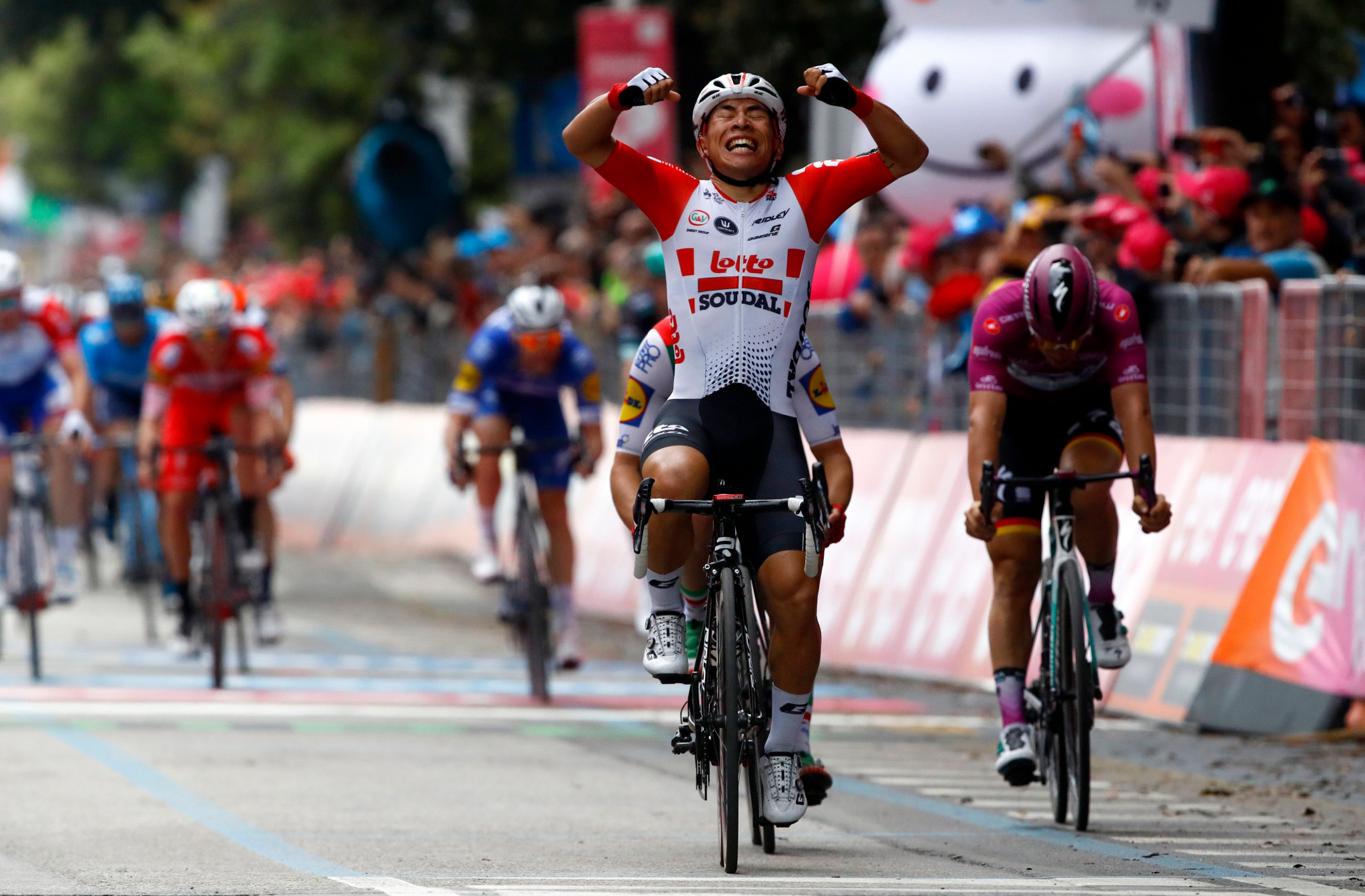 Australia’s Caleb Ewan emerged the winner of a bunch sprint on the eighth stage of the Giro d’Italia in Pesaro.

The 239 kilometre stage from Tortoreto Lido to the coastal town of Pesaro saw sprinters' teams keep the day’s breakaway at arm’s length.

Their control led to a sprint finish at the conclusion of the stage, with Germany’s Pascal Ackermann seeking a third win at the Grand Tour race.

The Bora-Hansgrohe rider missed out on this occasion, with Ewan having the speed to overtake in the closing metres to triumph in 5 hours 43 min and 32 sec.

It marked the Australian's second stage win at the Giro d’Italia having earned a victory back in 2017, but his first riding for Lotto Soudal.

Ewan had already recorded second, third and fourth-place finishes at this year’s race.

“Determination and the help of the team made me a winner today,” Ewan said.

“We've been trying for seven days to get this win.

“I'm just so happy to win this stage.

“I wanted to be first in the last corner but it was still a long way away so it worked better to get out of Ackermann's wheel.

“I knew I had a good kick and I went around him.”

Ewan was followed across the line by Italy’s Elia Viviani, who was awarded the same time as the stage winner.

Ackermann was forced to settle for third place.