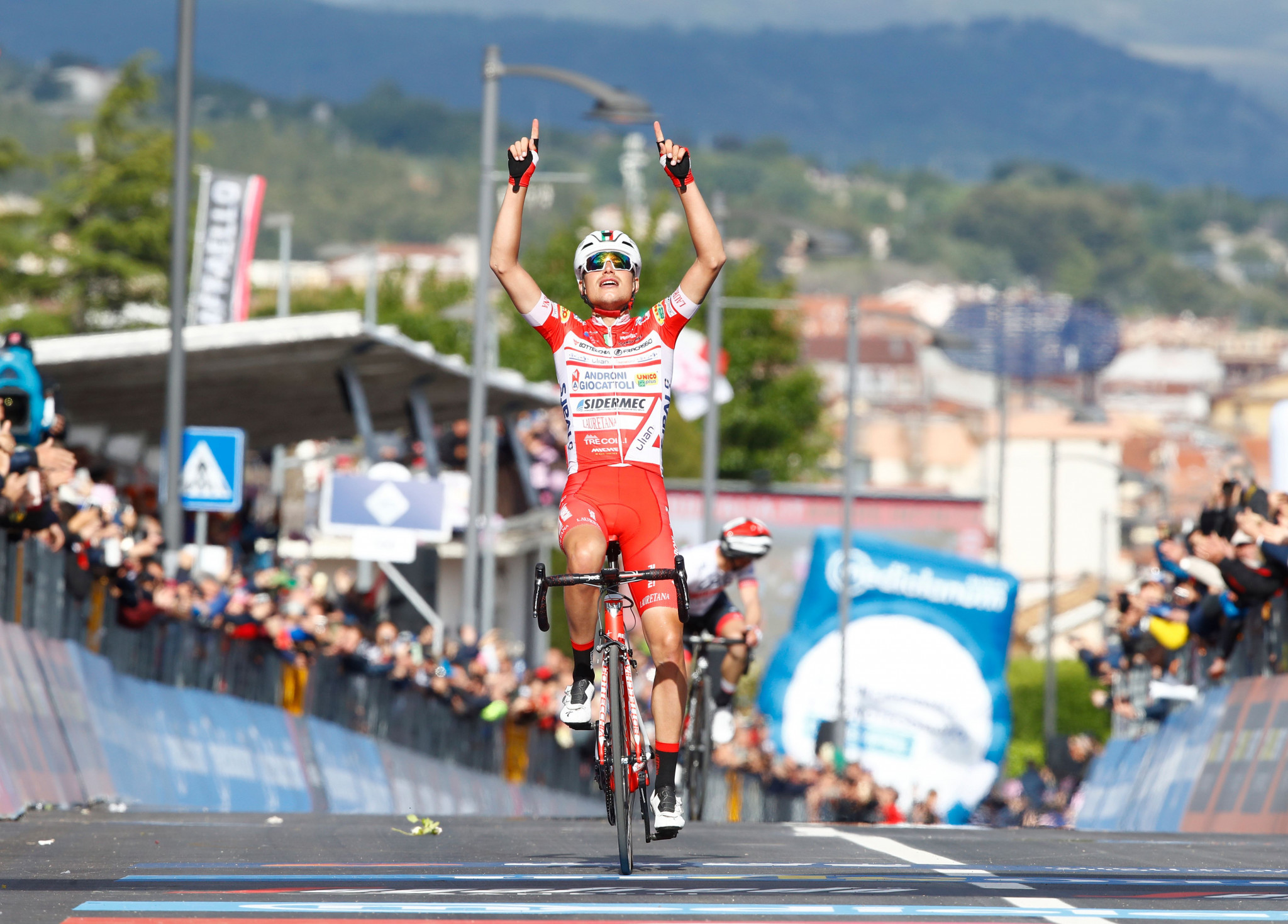 Italy’s Fausto Masnada claimed the biggest win of his career after he took victory on the sixth stage of the Giro d'Italia.

The Androni Giocattoli-Sidermec rider passed compatriot Valerio Conti in the final 50 metres to triumph in a time of 5hr 45min 1sec on the 238 kilometres route from Cassino to San Giovanni Rotondo.

Conti finished five seconds behind in the runners-up spot.

The UAE Team Emirates representative now leads the general classification with an overall time of 25:22:00.

He takes the overall leader's pink jersey from Slovenia's Primož Roglič, who was involved in a crash in the opening hour of stage six.

Occupying second place in the general classification is Italy's Giovanni Carboni in 25:23:41.

The 21-stage race is due to continue tomorrow with a 185km route from Vasto to L'Aquila.