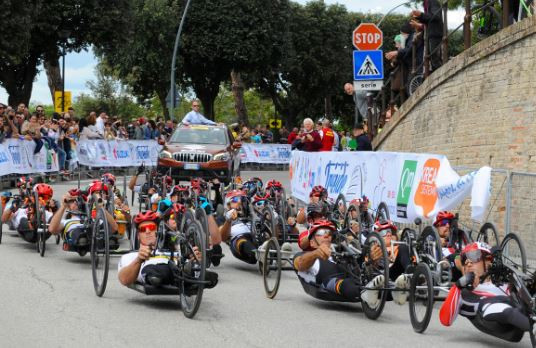 More than 300 athletes from 34 countries have converged on Ostend in Belgium for the second round of the International Cycling Union (UCI) Para-cycling Road World Cup.

Just one week after the opening round of the World Cup at Corridonia in Italy, the Belgian coastal city is hosting a World Cup for the third year in a row.

The event begins tomorrow and concludes on Sunday (May 19).

The four-day World Cup in Corridonia ended with The Netherlands heading the rankings thanks to an impressive 15 medals, which included 10 gold, four silver and one bronze.

The United States were third, with each nation winning seven gold medals and eight silvers.

For a number of teams, Ostend will mark the first World Cup action as they look ahead to September's UCI Para-cycling Road World Championships.

"This World Cup will be exciting as it’s the start of the road racing season for many of the world’s best riders,” Britain's World Championship and Paralympic medallist Crystal Lane-Wright said.

"It’s on a course that we know from previous World Cups, so it’s a chance to put down a solid performance and gain some valuable points for Tokyo 2020.

“Personally, I would like to improve on my time in the time trial, and hopefully regain the World Cup leader’s jersey, which I held last year.

“It will be tough, as the standard of para-cycling increases year-on-year as we get closer to the Paralympic Games.”