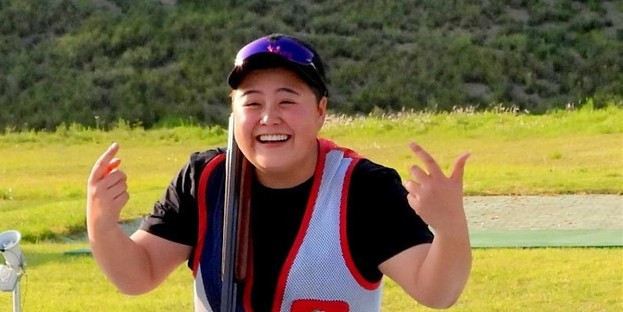 Having qualified with 118 targets from 125, she hit 46 out of 50 in the final to finish just one ahead of compatriot Xiaojing Wang.

The latter had been top qualifier for the final, having achieved a final total of 121 out of 125  earlier in the day.

Ashley Carroll of the United States, second in qualifying with 119, took bronze after hitting 36 targets out of 40, winning a Tokyo 2020 Olympic quota place in the process.

The second Olympic quota place went to Melanie Couzy of France, who finished the competition in sixth place.

Italy’s Silvana Stanco and France’s Carole Cormenier were fourth and fifth with scores of 30 and 24 respectively.

The event will continue tomorrow with the second day of qualification and the final of the men's trap event tomorrow.