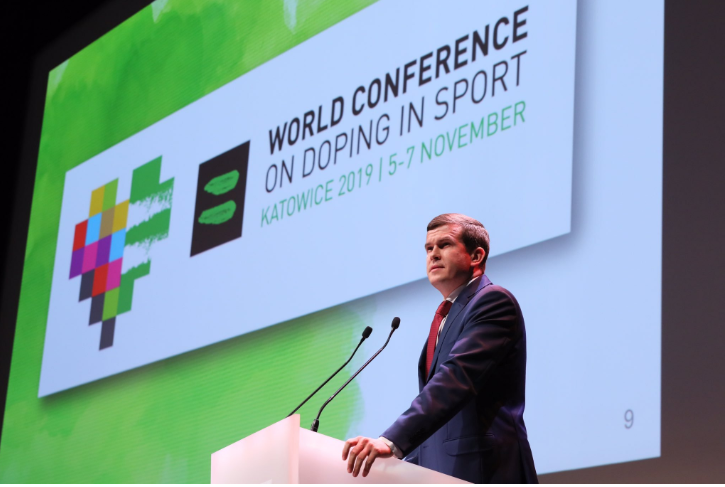 Sir Craig will step down after six years at the helm in November and in Montreal today, the public authorities group within WADA struck a gentleman’s agreement regarding his successor.

Norway's Helleland, however, had not received the support of her continent and had appeared to have little chance of success.

Writing on Twitter, the 34-year-old Bańka labelled the decision "a very important day for me and for Poland", adding "PA representatives decided to choose me as the candidate to the position of @wada_ama President".

Bańka had last week been given another boost after he received the support of the European Union (EU) and its member states.

The former athlete claimed the EU and its member countries had given him their "official backing" at a meeting in Brussels.

It did not guarantee European members would vote for Bańka today but it did provide further impetus for his campaign.

In February, Bańka, a Summer Universiade gold medallist in the 4x400 metres, was approved as Europe's candidate by the Council of Europe.

It was widely expected after the Ad-Hoc European Committee for WADA recommended putting Bańka forward in January.

Bańka's manifesto includes a pledge to establish an anti-doping solidarity fund, which he claims will "help build a strong network of National Anti-Doping Organisations and to finance capacity building and partnership projects at national level".

The Polish official has suggested sponsors and commercial entities, as well as the sports movement and Governments, should finance the fund.

Another key part of his vision for WADA is to increase the number of accredited laboratories to address what he believes is a regional imbalance.

The public authorities wanted their chosen candidate to shadow the current WADA administration before Sir Craig steps down.

This will happen during the World Conference on Doping in Sport in Katowice in Poland from November 5 to 7, where there will not be a formal election.