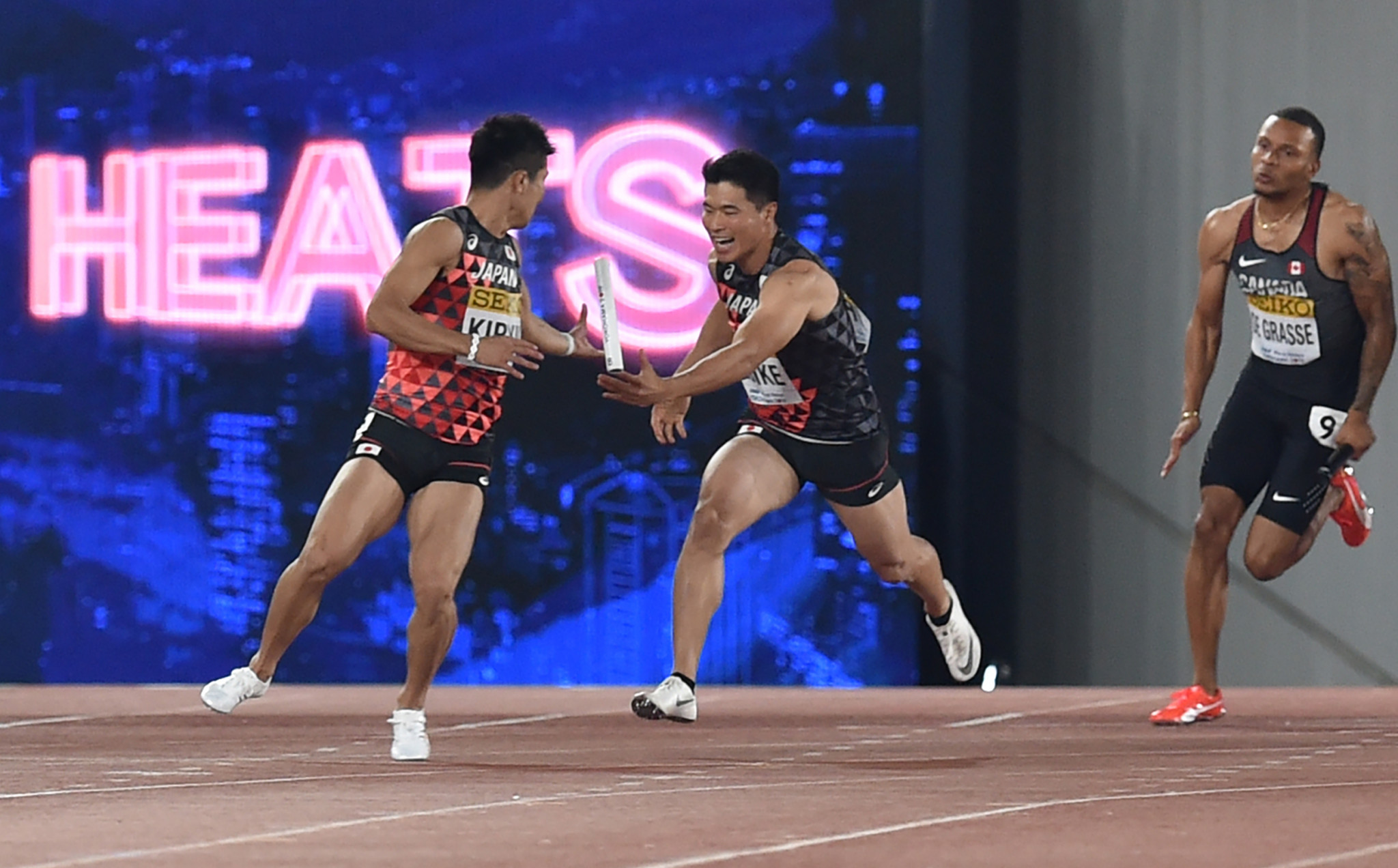 Japan’s 4x100m men’s sprinters, who famously took silver at the Rio 2016 Games, suffered calamity on home ground today as they were disqualified in their heat on the opening day of the International Association of Athletics Federations World Relays event in Yokohama – which is a qualifier for this year’s IAAF World Championships in Doha.

To the dismay of the crowd in Yokohama International Stadium the Japanese quartet, who had appeared on course for victory, misjudged their baton exchange between third-leg runner Yuki Koike and Yoshihide Kiryu.

The latter, twisting back, performed a major piece of juggling before retaining the baton and running on, but  Japan were subsequently disqualified after coming home third behind the United States and China.

All is not lost for Japan's iconic relay runners, however.

There are 16 spaces available for each relay event at the World Championships and for the 4x100m and 4x400m, 10 of those spots will be given to the top teams at the World Relays.

The next six spots will be awarded based on world lists at the end of the qualifying period – September 6.

Japan have to ensure they post a fast enough time this season to be ranked high enough to get one of those six remaining spots.

World champions Britain, whose female 4x100m team-mates had dropped the baton in their earlier qualifying heat, made no mistakes as they posted the fastest 4x100m time run so far this season, 38.11sec, to head qualifiers for tomorrow’s final.

The United States won the first-ever 2x2x400m event to be staged at an IAAF event as the combination of 800m specialist Donovan Brazier and Ce’Aira Brown taking it in turns to run two single laps each, clocked 3min 36.92sec.

Australia, represented by Catriona Bisset and Joshua Ralph, were second in 3:37.61 with bronze going to the home pair of Ayono Shiomi and Allon Clay, who clocked 3:38.36.

Lokonyen Nathike and James Chiengjiek of the Athlete Refugee Team were seventh in 4:08.80.

The United States also claimed the first mixed shuttle hurdles relay to be staged in an IAAF event.

With national indoor champion Sharika Nelvis making a difference on the third leg, Olympic and world finalist Devon Allen brought it home, clocking 54.96sec to finish ahead of Japan, who clocked 55.59.

Australia were disqualified  for a false start and Jamaica did not start.

Britain and France failed to qualify after dropping the baton in their heat, which was won by Denmark in a national record of 43.90.

That was a medal opportunity lost for the British quartet of Kristal Awuah, Desiree Henry, Ashleigh Nelson and Daryl Neita.