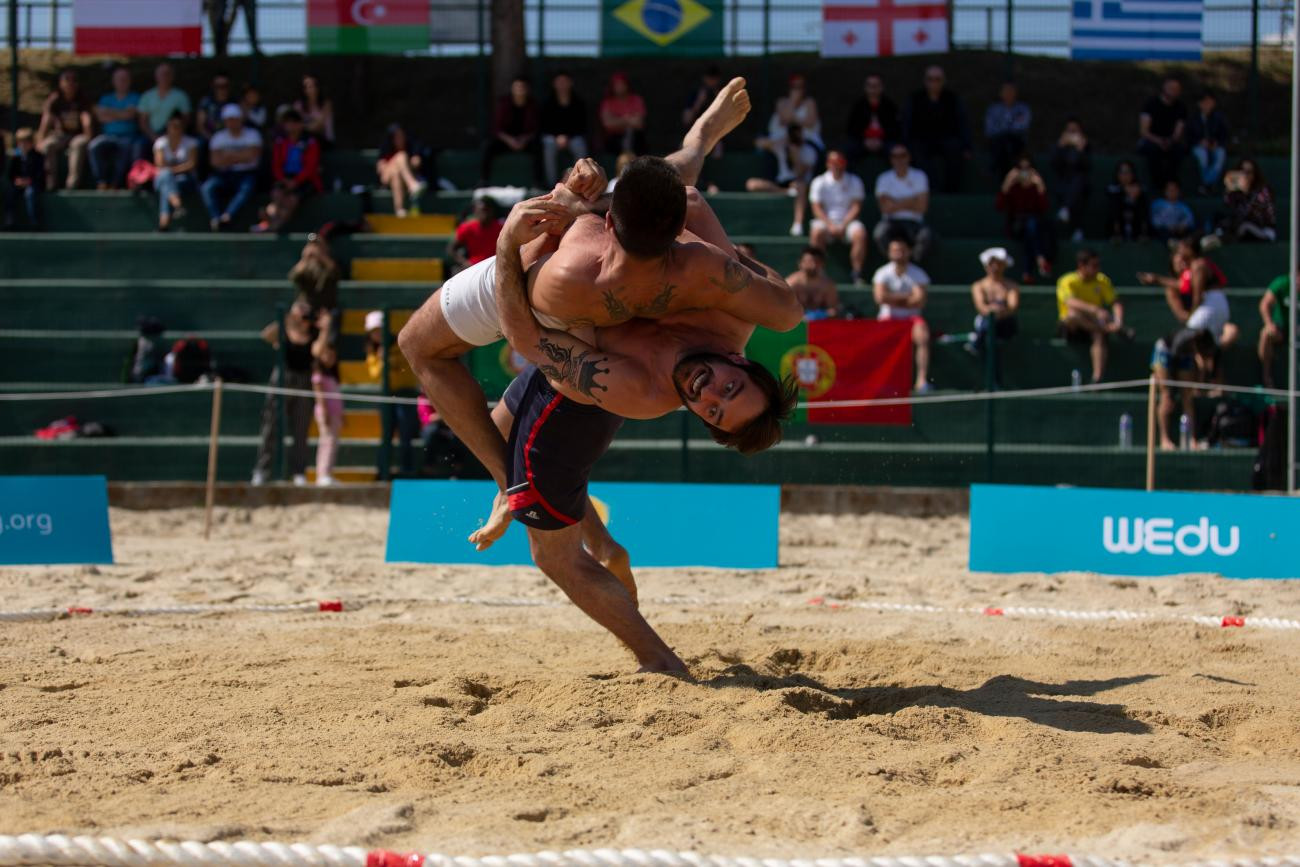 Silva Ferreira, a local hero since parlaying her women's 75 kilograms freestyle silver medal from 2014 into a number of charitable acts in her home country, comes into the tournament hopeful she can earn enough points to qualify for the 2019 Association of National Olympic Committees World Beach Games in San Diego this October.

"I want to represent my country well," she said.

Marsagishvili, one of the world's best 86kg wrestlers, travels to Rio Olympic Park on the back of winning at the first stop of the UWW Beach Wrestling World Series in Portuguese city Chaves in March.

"The environment is so enjoyable at beach wrestling," Marsagishvili said at the time.

"I look forward to these competitions and wrestling my best."

Marsagishvili is likely to have a tougher tournament in Rio de Janeiro than he did in Chaves, facing off against two-time reigning beach wrestling world champion Muhammad Inam of Pakistan.

Inam triumphed at last year's World Championships in Sarigerme in Turkey and will be looking to repeat his success at this year’s edition in Croatia’s capital Zagreb.

Also in the field is Reece Humphrey, a celebrated former member of the United States national team in freestyle.

He is known for his upper-body techniques and high energy.

Competition in Rio de Janeiro will be spread across tomorrow and Saturday (May 11).

UWW confirmed plans for a worldwide tour of beach wrestling - the fastest growing new discipline within the sport - in February.

Points to qualify for San Diego 2019 were on offer in Chaves and will also be up for grabs in Rio de Janeiro.

The third stop of the UWW Beach Wrestling World Series will be held in Odessa in Ukraine on August 9 and 10, with the finale being staged in Zagreb on September 6 and 7.