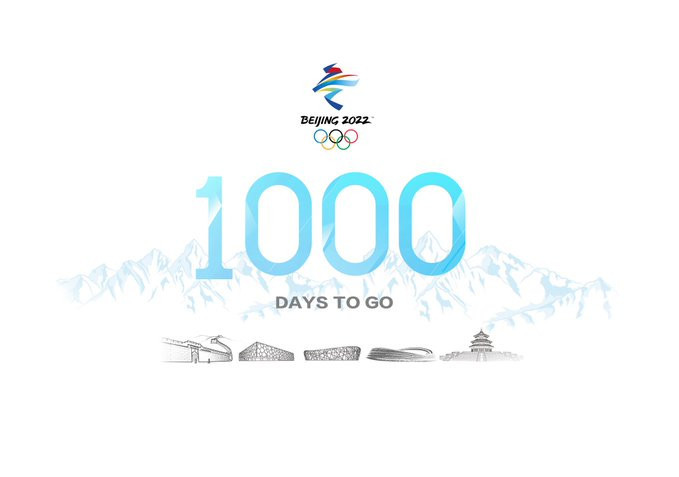 Beijing 2022 has released a promotional video made by a group of students to mark 1,000 days to go until the start of the Winter Olympic Games.

Organisers claim it shows the "excitement and anticipation among residents" in the three areas due to host events at the Games in the Chinese capital - Beijing, Zhangjiakou and Yanqing.

The three-minute video was created by students from the Beijing Film Academy and was released to coincide with the milestone.

Beijing 2022 has also produced 15 short introductory videos about sports on the Winter Olympic programme this week.

The films are aimed at informing the Chinese population about Winter Olympic sports, many of which are not commonly practised in the country.

Beijing 2022 has granted the rights to broadcast the videos to CCTV-5 Sports, Beijing TV Station and Hebei Television Station.

A Beijing 2022 official told Xinhua that they can be used free of charge in non-profit causes and activities but are strictly prohibited for commercial purposes.

The Beijing 2022 Winter Olympic Games begin on February 4 and conclude on February 20, with the Winter Paralympics due to run from March 4 to 13.