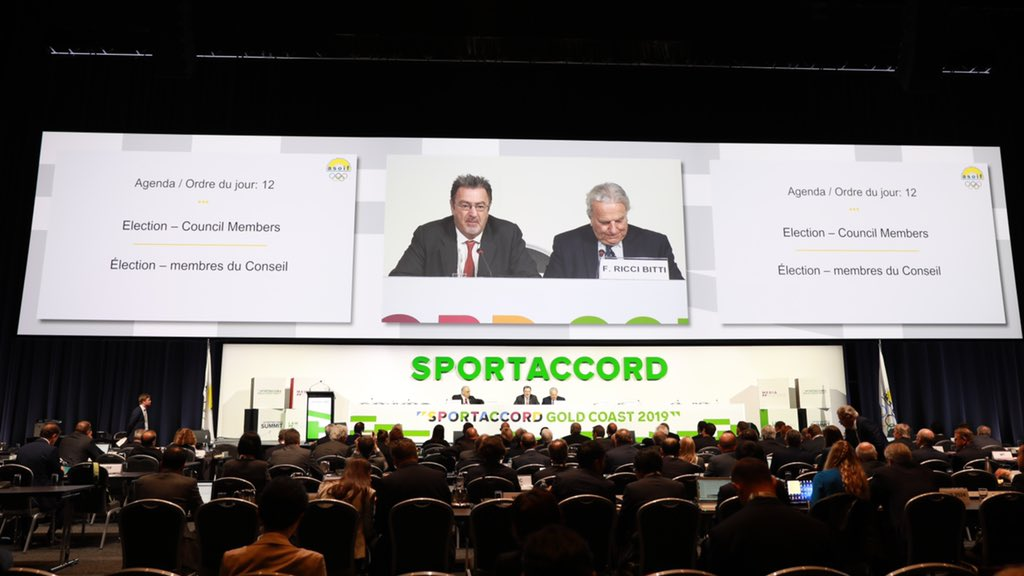 Seven candidates were initially listed as standing for election at the ASOIF General Assembly.

The candidates were required to receive 15 votes to be elected to the Council with 28 International Federations casting votes.

They received 18 and 15 votes respectively.

The three elected officials will serve a four-year term until 2023.

Anderson placed fourth in the voting having received 14 votes.

International Canoe Federation President José Perurena had initially been listed as a candidate, which would have seen him seek a second term.

He ultimately did not take part in the election.

The ASOIF Council comprises a President and six members, all from different International Federations and elected for four-year terms.

Italy’s Francesco Ricci Bitti is serving his second term as ASOIF President, which is due to conclude next year.

The duo will serve terms until 2021 on the Council.

The Council is responsible for preparing and conducting the General Assembly as well as implementing decisions.

ASOIF is tasked with representing the Summer Olympic International Federations on issues of common interest.

This will include matters arising in the Summer Olympic Games and the Olympic Movement.