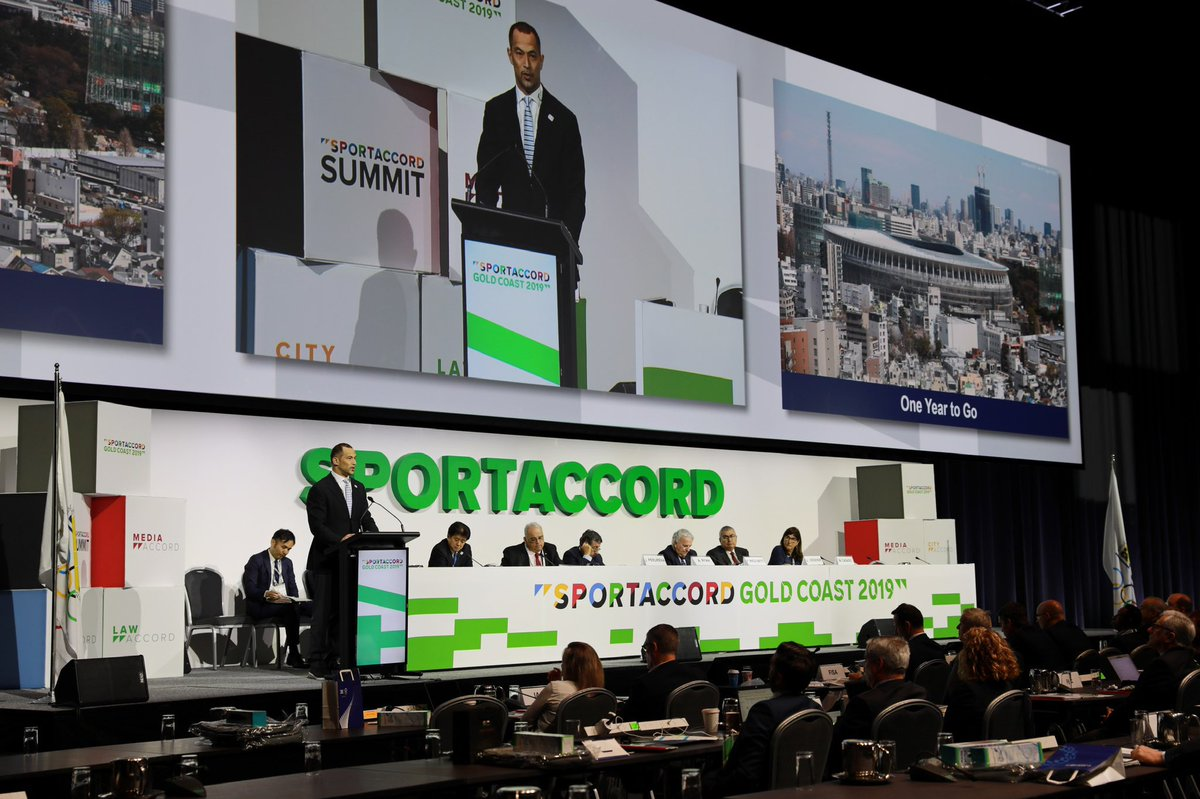 International Federations have urged Tokyo 2020 to find solutions to address concerns over the sport presentation and transportation plans for next year’s Olympic Games.

The two areas were among the key concerns during the General Assembly of the Association of Summer Olympic International Federation (ASOIF) here today.

While admitting that improvements had been made, Hunt stressed several areas still required solutions over operational readiness, accommodation and provisions for athletes at venues.

"Some of the issues I raised have been resolved, but 12 months on key issues remain open," he told the General Assembly.

"We are concerned as to how you will gain any delivery expertise this year, when you have outsourced the delivery of the test events to third party agencies.

"Additionally, the lines of accountability between the Organising Committee and the agencies do not appear to be clear.

"Accommodation remains a major concern, the hotels appear overpriced and Tokyo 2020 do not appear to have secured enough reasonably priced accommodation, particularly in satellite venues.

"We are also extremely concerned about the service levels being proposed for athletes at venues,

"For example in sailing, not hot food for the athletes in the venues, a lack of shade and water provision and medical services not matching athlete needs.

"These matters need to be urgently addressed and rethought."

Hunt’s concerns over the cost of accommodation were reiterated by the International Triathlon Union, who were among a group of world governing bodies to express concerns over sport presentation at the Games.

ASOIF executive director Andrew Ryan had outlined that Federations had been impacted by "massive budget cuts over the look of the Games".

He warned that outdoor sports could be particularly impacted by the cuts of up to 80 per cent of the budget for sport presentation.

The International Judo Federation revealed they had approved a brand identity for the Games in January, but the proposal had since been changed.

"What we have received now is less than a third and it is shockingly poor," Larisa Kiss, director of the IJF Presidential office, told the meeting.

"We understand the budget cuts, but we find this slightly exaggerated and we do not want to be in the same situation as Rio 2016 when the look was quite cheap.

"We have events in Tokyo every year, where the venue looks much better than we are being proposed now.

"It would be a pity to have a yearly IJF event look better than the Olympics."

"The spectator experience is so, so important," Fairweather said.

"I would urge you not to look at this as a cost.

"You spend all this money on construction and getting the Games ready, then cut budgets at the last minute.

"That is not going to be the best way to showcase the Games, your country and city.

Tokyo 2020 were requested to have more collaboration with International Federations and not adopt a one size fits all policy for sport presentation, due to their individual needs.

"We have counted on the assistance of the Tokyo Metropolitan Government," said Hide Nakamura, Tokyo 2020 Games delivery officer.

"Because of some restrictions, we now cannot count on their money.

"In addition, some of our organising committee think of it just as a decoration.

"But we understand it is not just a decoration but a very important part of the Games.

"We will have discussions with the Tokyo Metropolitan Government and IOC to discuss the look of the Games.

"We have always been an athlete-first Games.

"We ensure the service level for the athletes."

Tokyo 2020 also acknowledged not everyone in their Organising Committee had experience of staging sport events and promised they were working to integrate international staff to aid the process.

IOC sport director Kit McConnell warned there was a need for Tokyo 2020 to become very clear on their "issue resolution processes" and use the processes to escalate issues when necessary.

Tokyo 2020 are set to conduct transport and traffic tests this summer in collaboration with the Tokyo Metropolitan Government.

Some International Federations have seen their venue capacities reduced in order to ease the flow of transport throughout the Japanese capital during next year’s Games.

Tokyo 2020 outlined that two million Japanese people had registered as part of the ticket process, with the domestic sales process set to begin on Thursday (May 9) and run until May 28.

Applicants will find out if they have been successful on June 20.