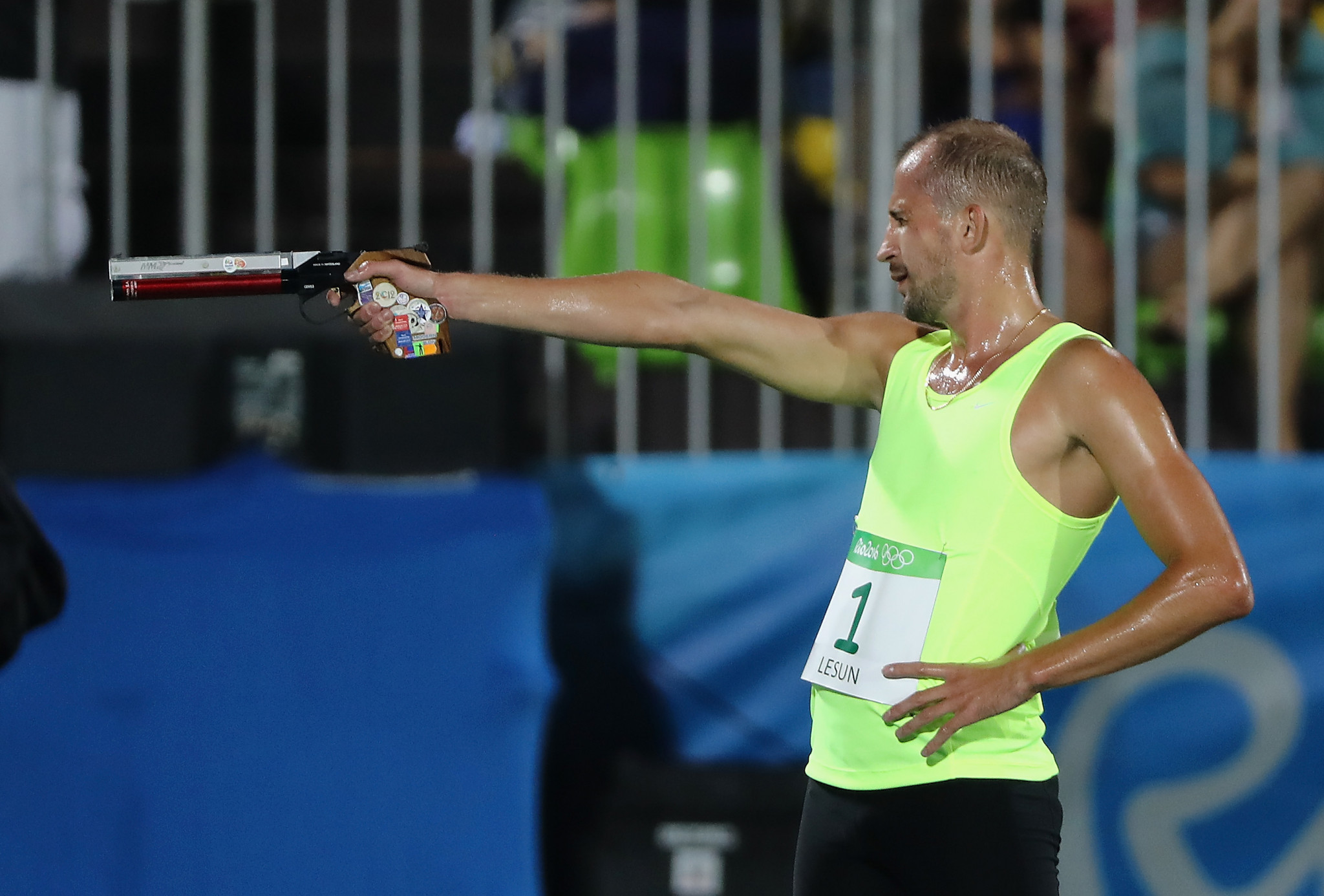 Lesun, a two-time world individual champion, was particularly impressive in the fencing, ending with a record of 26 victories and six defeats.

The Russian finished 11 points ahead of nearest challenger Emiliano Hernandez of Mexico.

Kirill Belyakov, also of Russia, was a further two points adrift in third.

World champion James Cooke of Britain was among the other qualifiers as he scored 1,151 points.

Cooke will be joined in the final by world number one Jun Woong-tae of South Korea, who recorded a tally of 1,143, and Hungarian Bence Demeter.

The event resumes tomorrow with the women's final.