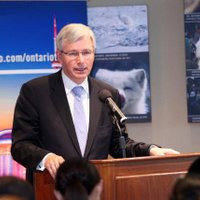 A former ambassador has called on the Canadian Federal Government to consider expelling Chinese athletes who are training in the country for Beijing 2022 as a diplomatic row between the two countries spilled into the Olympic world.

Guy Saint-Jacques, the former Canadian ambassador to China, made the claim in an interview with broadcaster CBC this week.

The bitter row between Canada and China was sparked by the arrest of Meng Wanzhou, the daughter of the founder of Chinese telecoms giant Huawei, in Vancouver in December.

It followed an extradition request from authorities in the United States related to Iran sanctions violations.

Since then, tensions have escalated and China has sentenced two Canadian residents to death.

Robert Lloyd Schellenberg was jailed for 15 years in November for drug smuggling before a court in China upgraded the sentence to the death penalty.

Fan Wei was today given the same punishment for for producing and trafficking methamphetamine.

The rising tension has now led to Saint-Jacques suggesting Chinese athletes who have based their training camps and regimes in Canada, a nation with a rich Winter Olympic history, in preparation for Beijing 2022 should be sent home.

"The Government has to take into account that, of course, any measure we will take will be looked at in Beijing and they will want to apply reciprocity, but again I think the course that has been pursued so far has not produced any result," Saint-Jacques told CBC News Network's Power and Politics programme.

"I think we are at the stage where we have to be firm because this is the only language that China understands."

It is not clear how many Chinese athletes are training in Canada.

China has attempted to tap into the expertise of other countries in a bid to improve their medal prospects at their home Winter Olympic Games in three years' time.