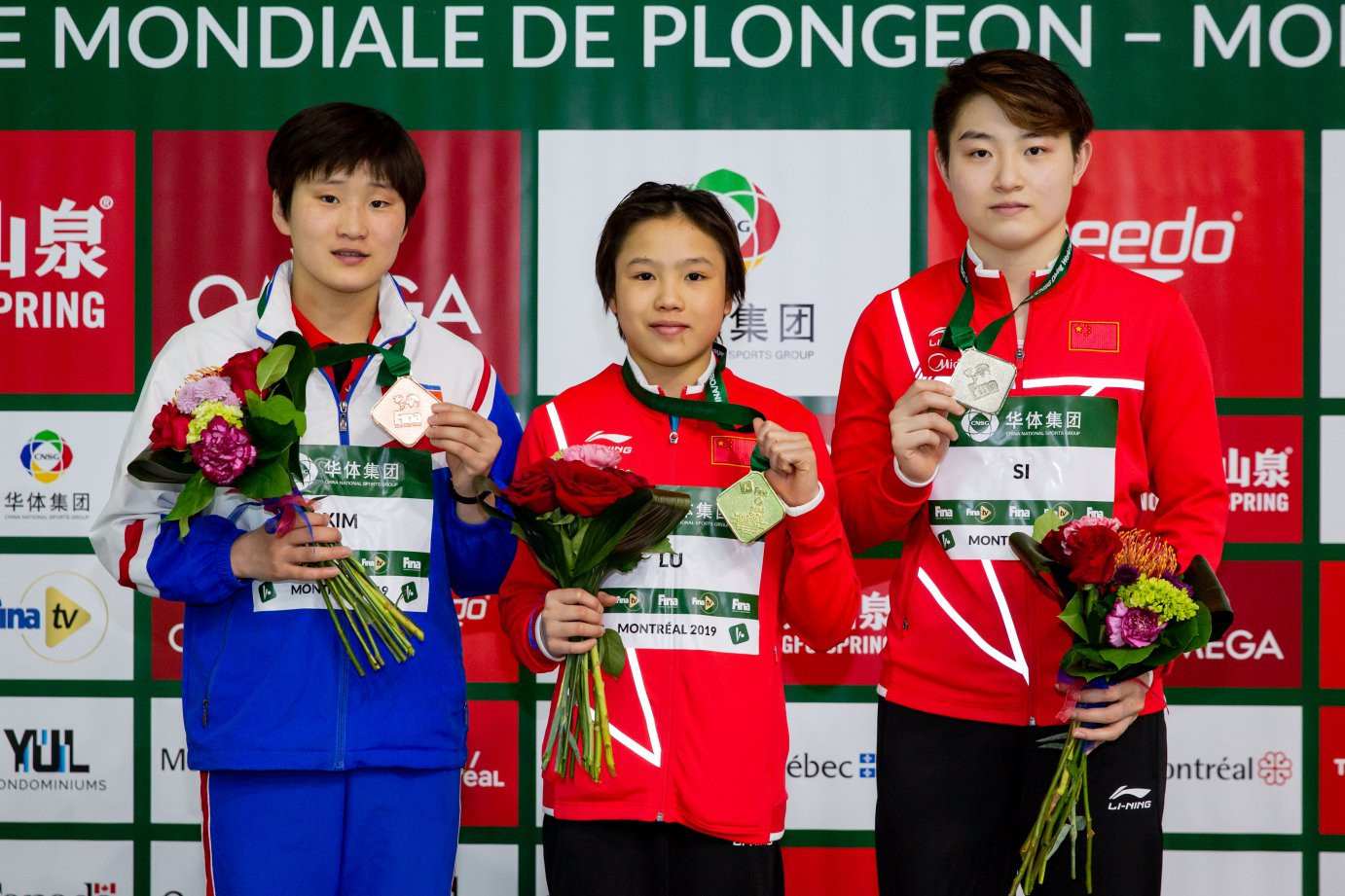 The 14-year-old led a Chinese one-two as she scored 423.85 points to beat compatriot Si Yajie at the Olympic Sports Centre.

Si was forced to settle for silver on a total of 390.60 points, with Kim Mi Rae of North Korea - gold medallist in the 10m synchronised competition yesterday - third on 369.80.

"I was not quite satisfied with my performance today and I need to improve both of my back dives," said Lu.

"I hope to be selected to dive this summer in South Korea at the World Championships."

China swept all three titles on offer on the second day of the event in the Canadian city.

Double world champion Xie Siyi triumphed in the men's three metres springboard competition after he amassed a tally of 537.65 points.

The bronze medal wad claimed by Cao Yuan of China, who recorded a total of 495.70 points.

Lian Junjie and Si Yajie topped the podium in the mixed 10m synchronised platform event as they led from start to finish and ended on a score of 342.21 points.

Hyon II Myong and Jo Jin Mi added another medal for North Korea with silver, while bronze went to Nikita Shleikher and Julia Timoshinina of Russia.