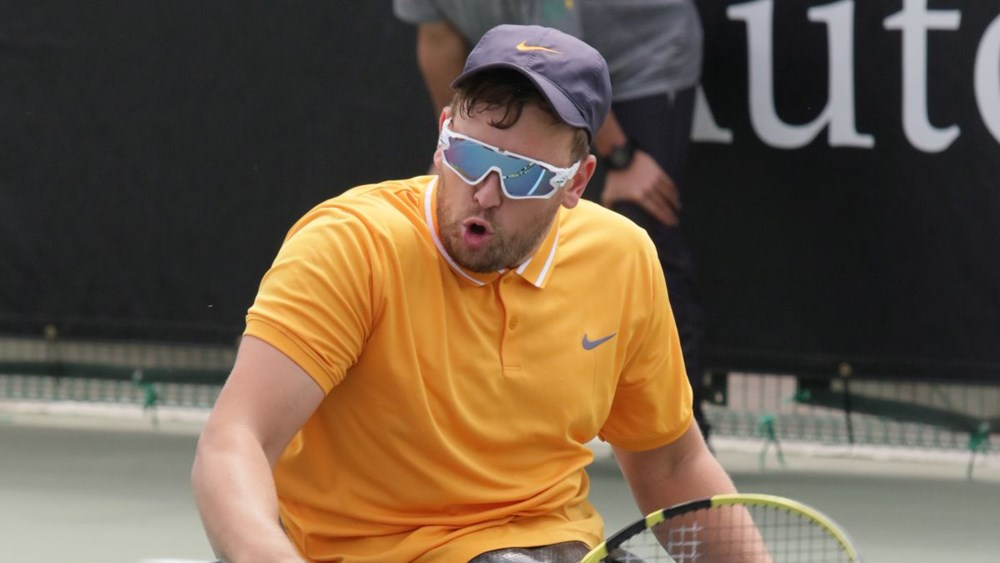 Australia’s Dylan Alcott was able to celebrate victory at the Japan Open without contesting the quad singles final after being awarded a walkover in the final.

The world number one had been due to face United States’ David Wagner in the final of the International Tennis Federation (ITF) Super Series competition.

But a fifth consecutive meeting between the duo in Japan Open finals did not take place, as Wagner was forced to withdraw.

It gave Alcott a fourth title in five years at the event.

There was a surprise result in the women’s doubles as top seeds Diede de Groot and Aniek van Koot were beaten in the final.

The Dutch duo suffered a 7-5, 3-6, 6-2 loss to the Netherlands’ Marjolein Buis and United States’ Dana Mathewson.

They recorded a 6-3, 6-2 win over Japan’s Shingo Kunieda and Takashi Sanada.

Kunieda will aim for a ninth Japan Open title when he plays the men’s singles final tomorrow against Houdet.