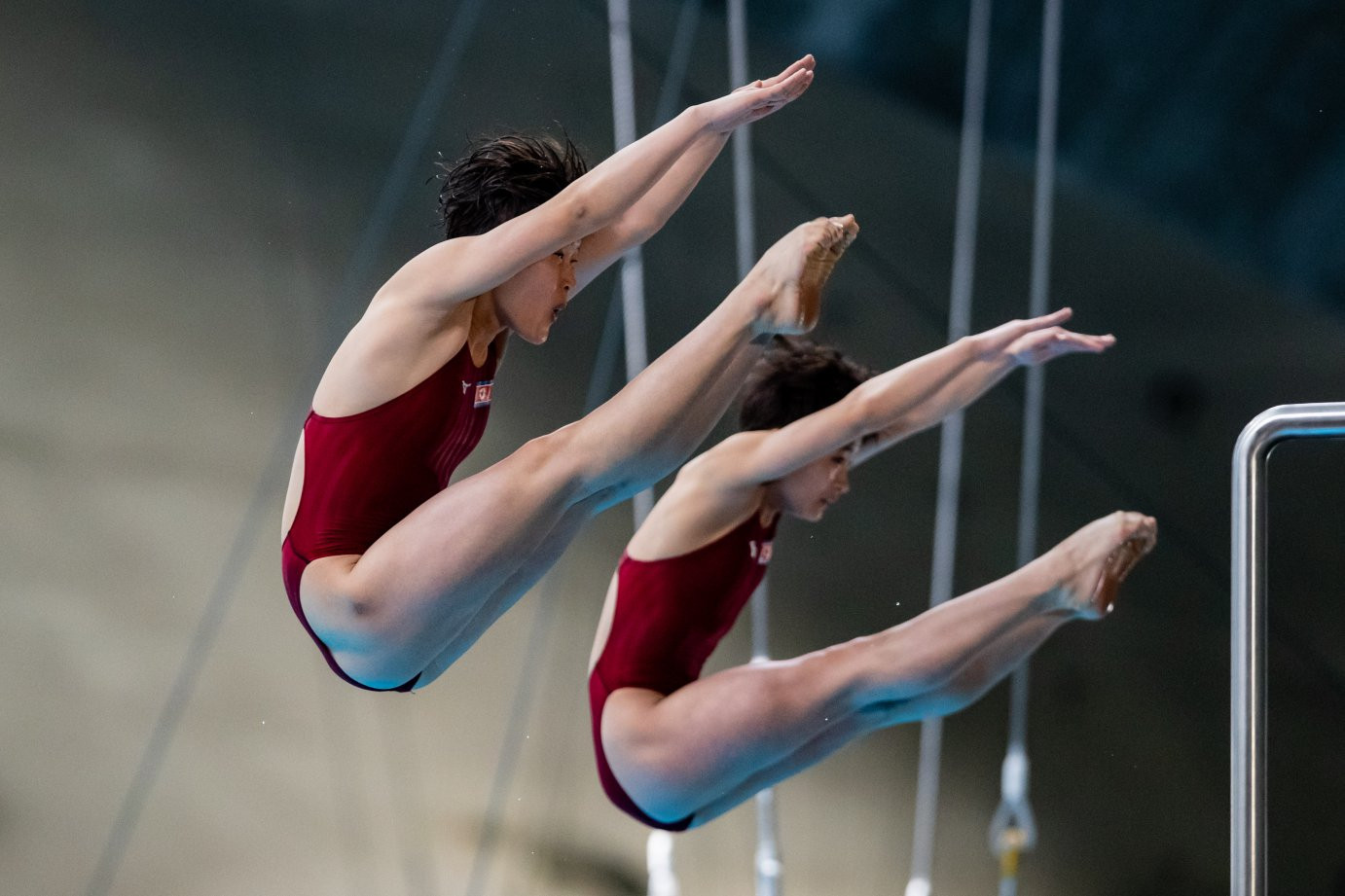 Kim and Jo scored a total of 329.70 points to beat Canada's Meaghan Benfeito and Caeli McKay at the Olympic Sports Centre.

Benfeito and McKay registered a tally of 328.47 points, narrowly shy of the North Korean team.

China fared better in the men's 10m synchronised platform as the new team of Yang Hao and Lian Junjie took gold on 464.52 points.

The Chinese pair finished 20.73 points clear of silver medallists Jennifer Abel and Melissa Citrini Beaulieu, while Australia's Maddison Keeney and Anabelle Smith reached the podium for the third time this season thanks to 303.39 points.