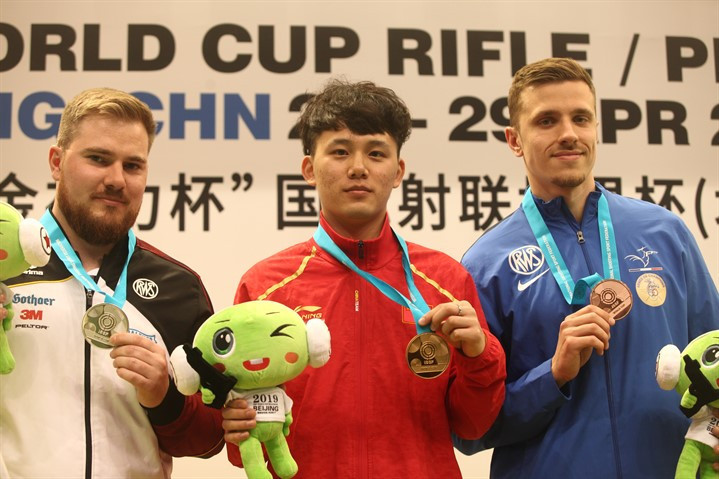 Zhejiang-born Lin, who claimed gold in the individual and team competitions 25m rapid fire pistol competitions at last year's World Championships in Changwon, scored 35 out of 40 targets to top the podium.

Grigorii Shamakov of Russia was the recipient of the bronze medal on 227.5.