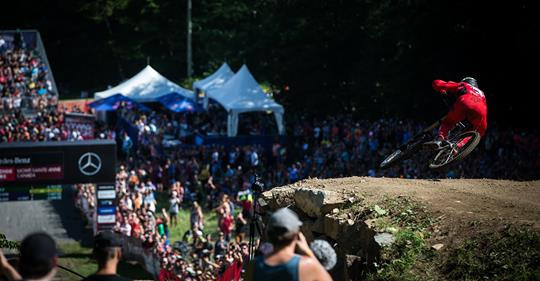 The UCI World Cup is returning to Pohorje Bike Park for the first time since 2010.

The 2.6 kilometre long track, with a vertical drop of 450 metres, will be contested by the best athletes in downhill racing.

Competing in the women's competition will be British world champion Rachel Atherton, who will begin her campaign to retain her overall title.

Challenging her will be Australian champion Tracey Hannah, who has finished third in the past three World Cup seasons.

Winner of the 2017 World Cup, France's Myriam Nicole, broke her foot in a training run this month and will be absent from tomorrow's competition.

France will be represented in the men's competition, however, with Amaury Pierron returning to defend his title.

Qualifying will begin tomorrow, with the men and women's finals on Sunday (April 28).