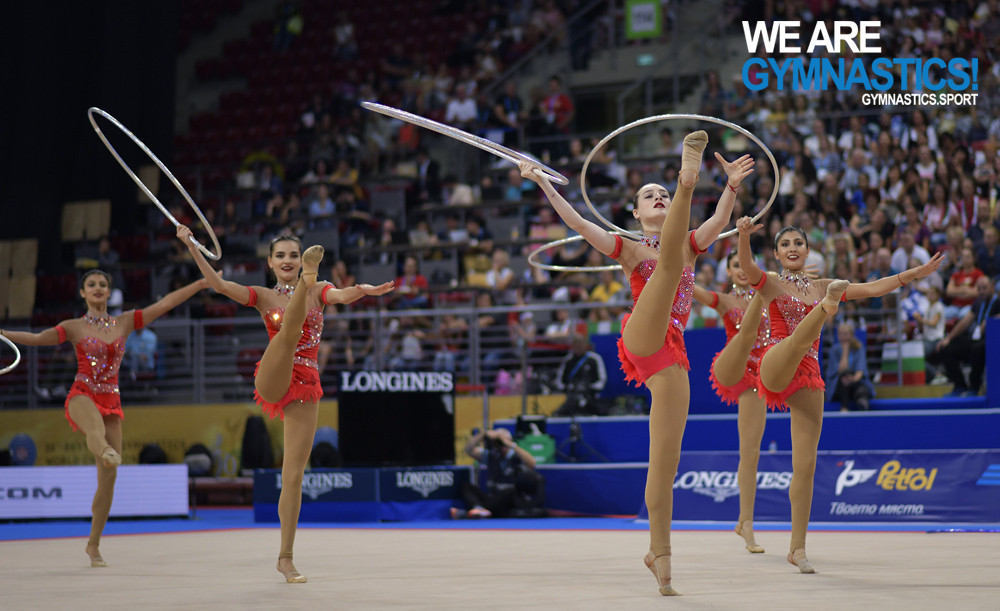 Once this World Cup has concluded on Sunday (April 28), they can look forward to another potentially-profitable Baku challenge when they contest the World Championships in September.

But as they turn their attention to the imminent International Gymnastics Federation (FIG) event this weekend, they will be reflecting upon the need to end a series of close calls.

The quintet, who only linked up at the start of last season, finished an encouraging fifth in five hoops, seventh in three balls and two ropes and seventh in the group all-around at the 2018 World Championships in Sofia.

But despite two of the members, Siyana Vasileva and Aliya Pashayeva, competing in the London 2012 Test Event and three of the five doing the same ahead of the Rio 2016 Olympic Games, none of the Group has represented their country in the Games themselves.

“It has been, right from the beginning of this Olympic cycle.

“We have been preparing and training for it every day.

“We feel we deserve to qualify.

“It was very disappointing to miss out on the Rio Olympics but these things happen.”

The Azerbaijani and her team-mates know the only way to make sure it does not happen again is to produce their best on the global stage during the next six months, starting with the fourth of this month’s 2019 World Cup series.

Baku’s Milli Gymnastics Arena has become one of the sport’s premier hubs and welcomes the world’s best for three days of top-class competition.

Vasileva, whose mother Mariana is Azerbaijan’s head coach, added: “Me and Diana (Ahmadbayli) competed here in Baku in 2014 in the Europeans and we won a silver medal.

“There are always a lot of people watching us.

“It is the most popular type of gymnastics in Azerbaijan.

The group had a relatively slow start to this season, with a best finish of eighth in the all-around at the opening World Cup in Pesaro, Italy.

Since then, the focus has been firmly on getting it right in front of their home crowd, particularly with the World Championships following in the same arena later this year.

“It is a great warm-up,” Ahmadbayli said.

“There are going to be more groups competing (in the World Cup) than at the World Championships.”

There will be five Tokyo 2020 group places up for grabs at this year’s World Championships, with last year’s gold, silver and bronze medallists – Russia, Italy and Bulgaria, respectively – having already booked their Olympic tickets.

“Of course, we will feel more responsibility performing at home in front of our crowd, we don’t want to disappoint people,” Vasileva said.

“Our main aim from the beginning of this year has been to be in peak form in Baku in September.”