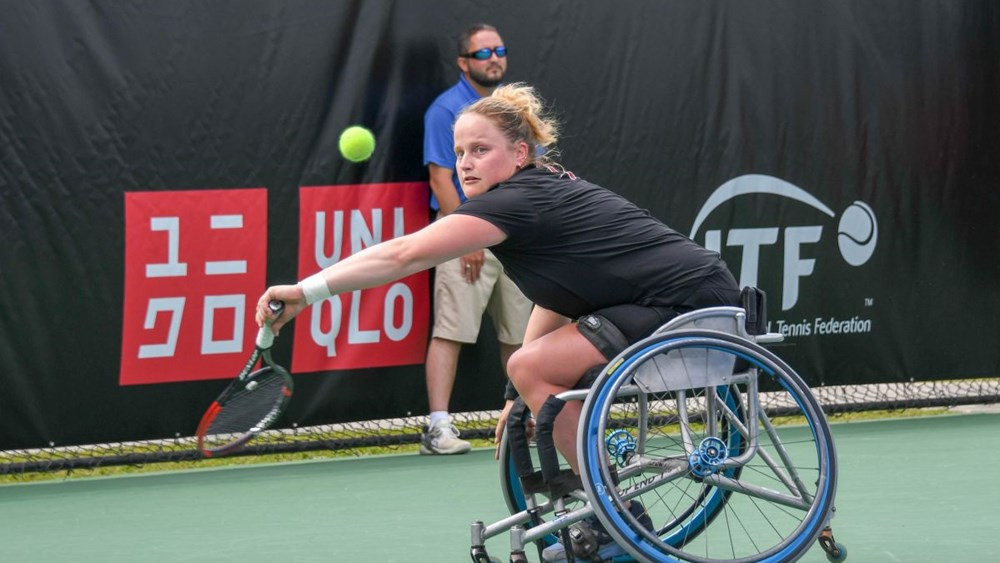 Top seeds Diede de Groot and Aniek van Koot of the Netherlands survived scares in their opening matches of the International Tennis Federation Japan Open to progress to the quarter-finals of the women's competition.

World number one de Groot battled to a 6-4, 5-7, 6-0 win against Thailand’s Sakhorn Khanthasit  at Kenei Chikuhoryokuchi Tennis Centre in Iizuka.

Her compatriot van Koot fought back from a set down to triumph 1-6, 6-3, 6-3 against Dana Mathewson of the United States.

While de Groot will next face South Africa's Kgothatso Montjane, van Koot will lock horns with Korea Open champion Marjolein Buis, guaranteeing at least one Dutch player in the semi-final.

She will meet Manami Tanaka, who also recorded a 6-0, 6-0 victory against another Japanese opponent, Naomi Ishimoto.

The last eight of the men’s singles will feature a rematch of the 2018 final between home favourite Shingo Kunieda and Britain's Gordon Reid.

Reid, the Rio 2016 Paralympic champion, stayed on track for his third successive Japan Open title with a 7-5, 6-2 win over France's Frederic Cattaneo.