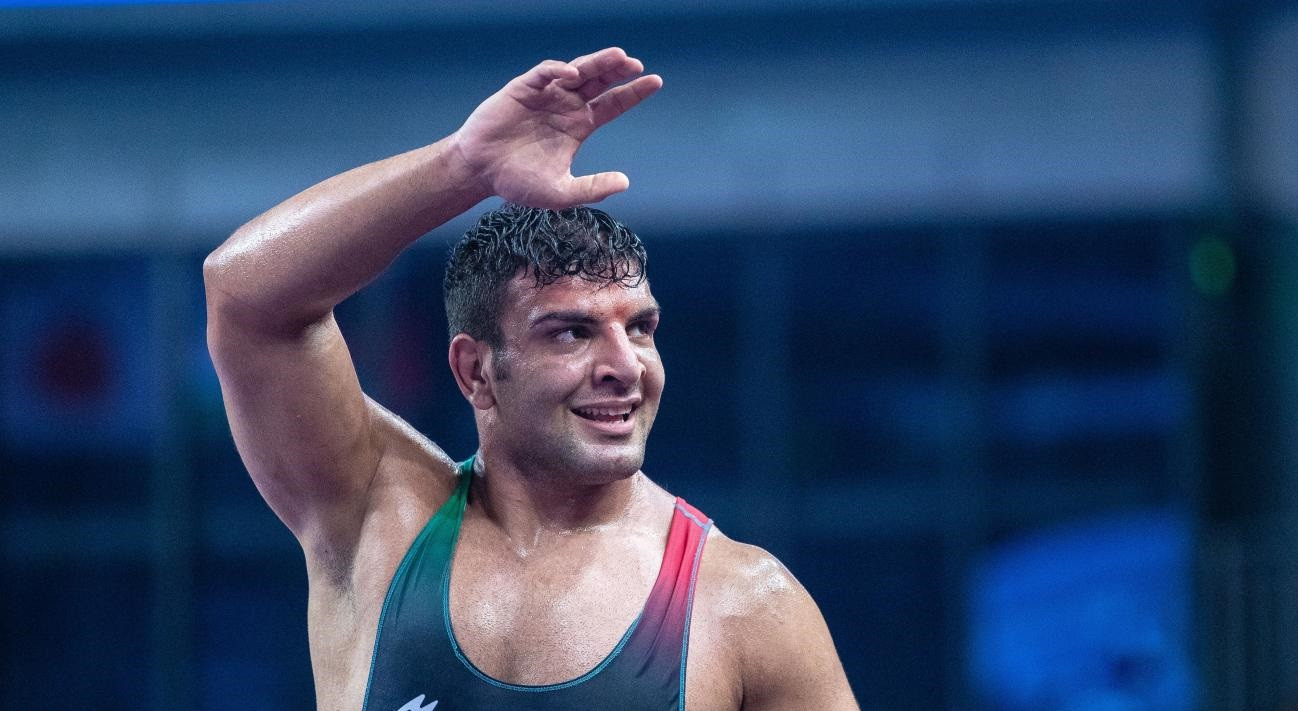 Iran capped their domination of the men’s freestyle events at the Asian Wrestling Championships by claiming four of the five gold medals at stake on the second day and twice denying hosts China a title in the process in Xi'an.

China’s bid to stop the Iranian juggernaut fizzled out when world silver medallist Deng Zhiwei fell to a 2-1 defeat against Yadollah Mohebi in the last bout of the night at Xi’an Electronic Science and Technology University Gymnasium, the 125 kilograms final.

That was the same score by which Iran’s Behnam Ehsanpoor had edged out China’s Liu Minghu in the 61kg final to regain the title he had won two years ago in New Delhi.

Iran’s other gold medals were seized by world under-23 champion Kamran Ghasempour at 86kg and world bronze medallist Alireza Karimimachiani at 92kg.

Both were hardly challenged during the competition and finished with technical fall victories in the finals.

The sole gold medal that did not end around the neck of an Iranian went to Kazakhstan’s Daniyar Kaisanov, who captured his first major podium finish when he forged a 5-0 victory over India's Amit Dhankhar in the 74kg final.

"I’m feeling good, I brought some happiness to my family and fans," said Kaisanov, a bronze medallist at last year's Asian Championships in Bishkek in Kyrgyzstan and the silver medallist at the Asian Games in Jakarta and Palembang in Indonesia.

Kaisanov’s path to the final got a little smoother when two potential rivals, world silver medallist Adam Batirov of Bahrain and Japan’s Yuhi Fujinami, a 2017 world bronze medallist at 70kg, both exited the tournament after suffering injuries during victories.

Eighteen-year-old Nokhodilarimi’s third-place finish ensured every member of the Iranian team would be heading home with a medal.

India, with one gold, three silvers and four bronzes, were second on 155 points.

They were followed by Kazakhstan, who had 129 points after finishing with two golds, a silver and two bronzes.

The six-day tournament is due to continue tomorrow with the start of the women’s competition.