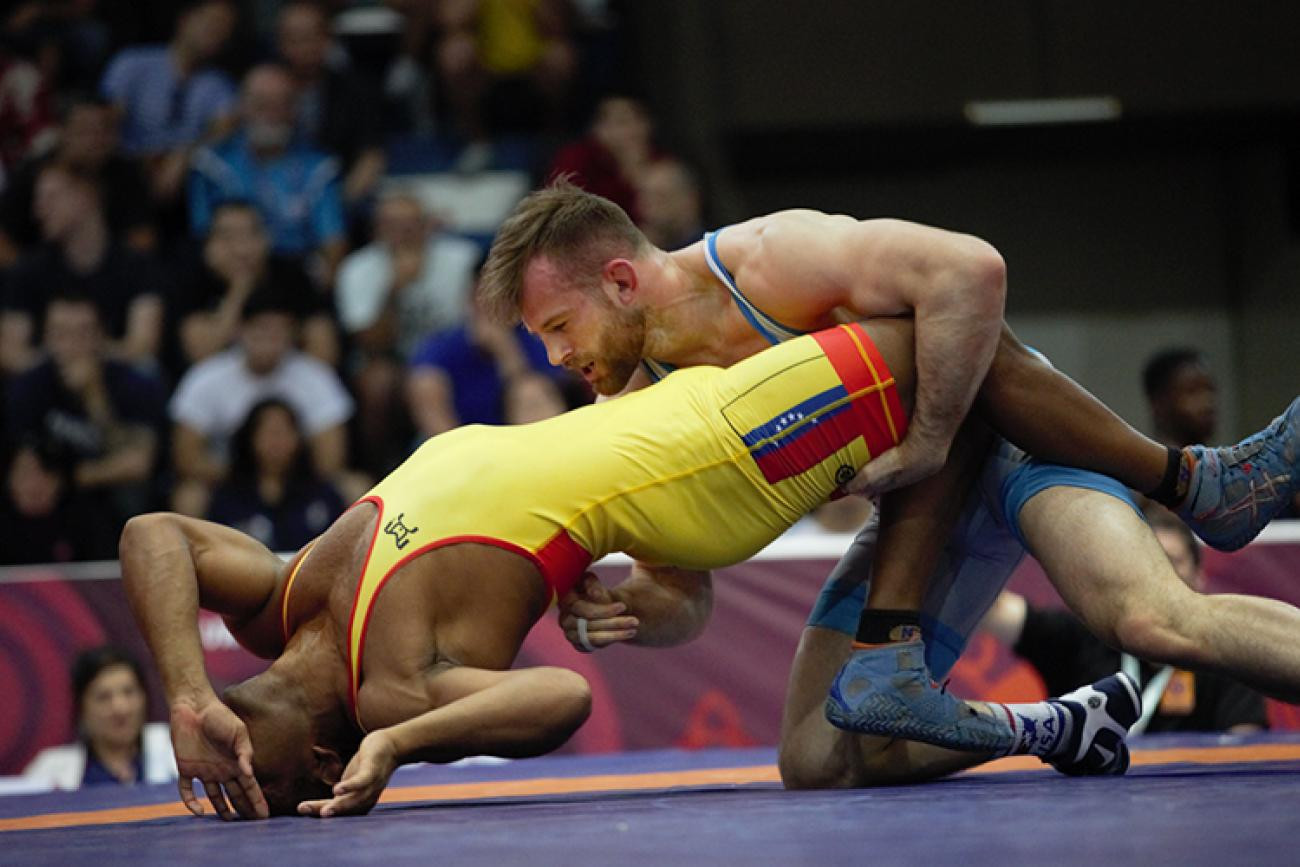 With the US winning the first two men’s freestyle titles yesterday, it is the first time in history that a team has won every gold in a specific style at the continental event.

The US won six of its eight finals by technical fall at the Argentinean capital’s Centro Nacional de Alto Rendimiento Deportivo.

Leading the way was 2018 world champion David Taylor, who earned the outstanding wrestler award after a strong performance at 86 kilograms.

Also winning his second in a row was two-time world bronze medallist Nick Gwiazdowski at 125kg, registering a 10-0 win against Canada’s Korey Jarvis.

In an entertaining battle with 2015 Pan American silver medallist Jevon Balfour of Canada, Burroughs managed a 7-0 victory for the crown at 74kg.

Others claiming gold medals for the US were Josh Rodriguez at 57kg, Joe Colon at 61kg, Colton McCrystal at 65kg and Anthony Ashnault at 70kg.