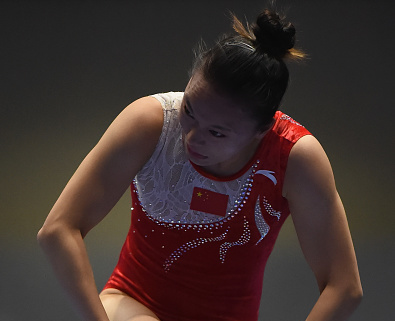 Zhu produced a fine display in the women’s competition at the Minsk Arena in Belarus’ capital city.

She was awarded a score of 106.520 points from the judges after her routines in the qualification event.

Her team-mate Lin Qianqi and Russia’s Yana Pavlova completed the top three places in the standings.

Yudin led qualification in the men’s event as the Russian achieved a score of 113.010 points for his two routines.

Hancharou came into the competition as one of the favourites and the Olympic champion will hope to outscore Yudin and Tu tomorrow.

The competition will be a used as a test event for the European Games, taking place in the Belarusian capital from June 21 to 30.

Trampoline, acrobatic, artistic and rhythmic gymnastics will be held in Minsk Arena.