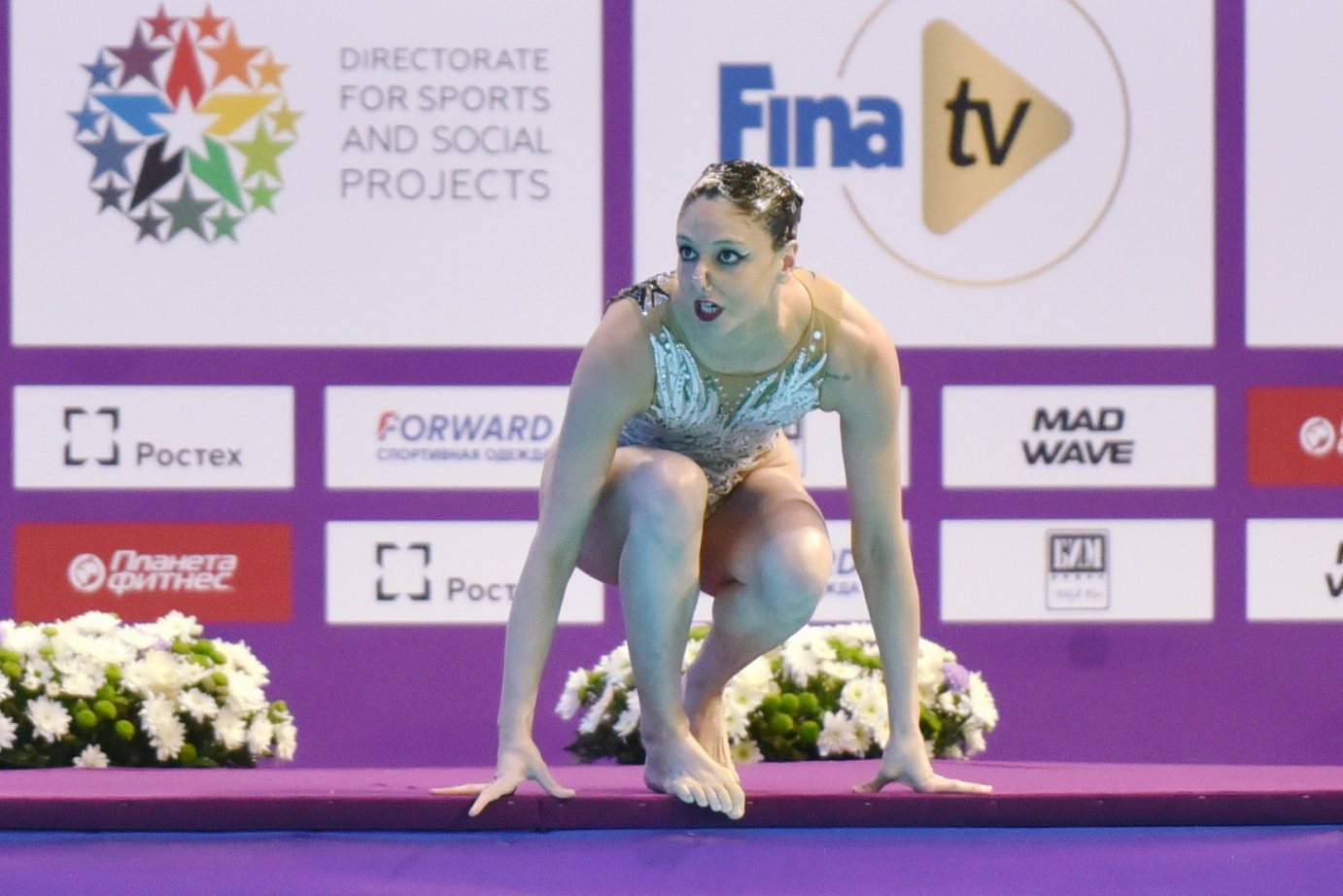 Cerruti's performance at the Aquatics Palace of Kazan earned her 90.4000 points, placing her ahead of Russia's Alina Mantulenko with 87.0333 and Belarus's Vasilina Khandoshka on 86.0667.

Cerruti and her team-mate Costanza Ferro were awarded silver with 91.8667 points and Spain's Mireia Hernandez and Irene Jimeno secured the bronze with 87.4000.

Maya Gurbanberdyeva and two-time world champion Aleksandr Maltsev then earned their second gold medal of the competition and their country's second of the day in the mixed duet free.

The hosts third gold medal was in the team free event, with Russian scoring 97.900 points.