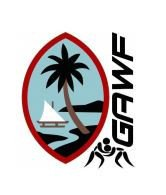 He triumphed by pinning his opponent in the final.

“We don’t normally train for Greco but there are a lot of things that translate to freestyle,” Shinohara told the Guam Daily Post.

“I’m very happy that came out that way.”

Shinohara has qualified for the World Wrestling Championships following his victory.