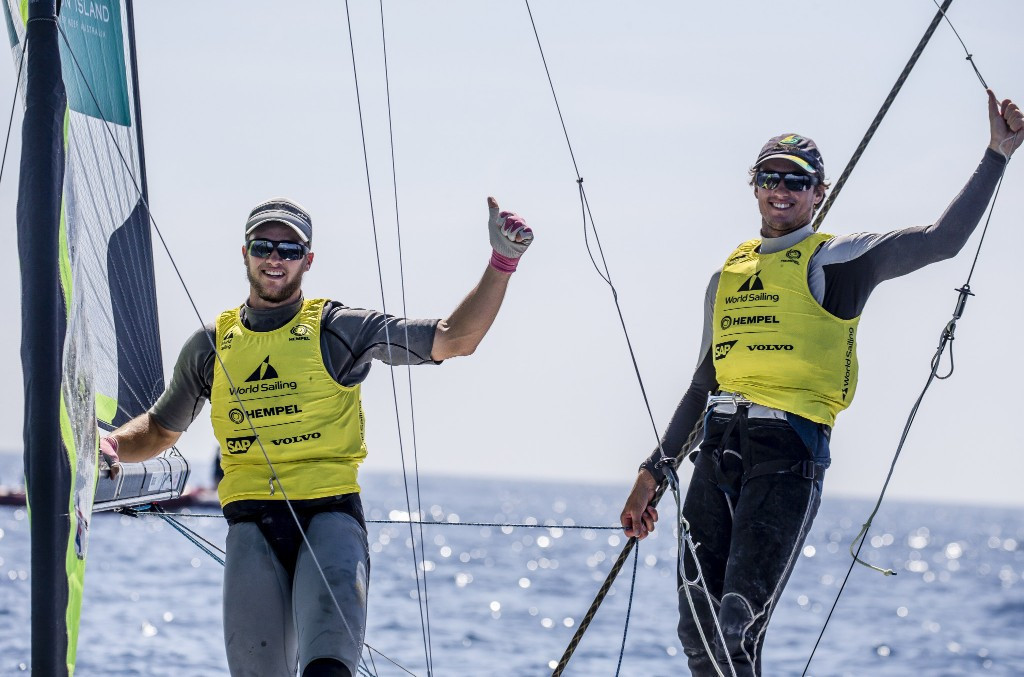 The brothers were leading ahead of today's action and continued their dominance to finish with the winning score of 64.

Isaac McHardie and William McKenzie finished second with 68, while Peter Burling and Blair Tuke were third with 74.

Croatian world champions Sime and Mihovil Fantela, another pair of sailing brothers, could not recover from a series of disappointing results yesterday.

They ended fourth in the standings with 78.

Odile van Aanholt and Marieke Jongens of the Netherlands regained their place at the top of the 49erFX leaderboard when it mattered most, scoring two points in the medal race to earn gold with 43.

After a dramatic Medal Race, the leaders going into today, David & Lachy Gilmour 🇦🇺, get the gold! 🥇

Italy's Carlotta Omari and Matilda Distefano had led yesterday but scored 14 today to slip to second.

Bronze went to Stephanie Roble and Margaret Shea of the United States, who had risen from fifth.

They finished one point ahead of the British pair with a score of 23.

Further behind were Argentina's Santiago Lange and Cecilia Carranza Saroli on 30.

Sailors will now prepare for the World Cup Series final in Marseille on June 2.