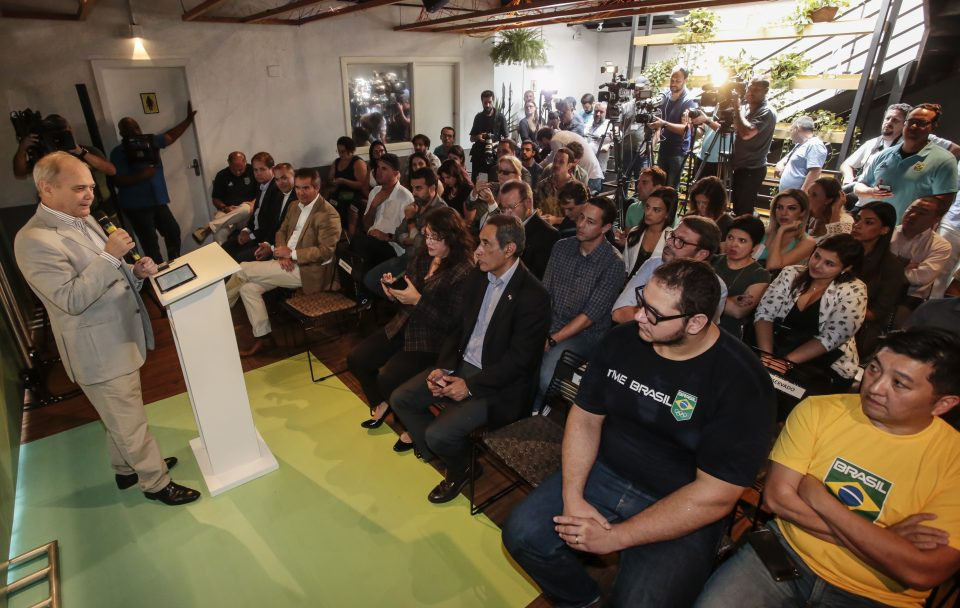 The Brazilian Olympic Committee (COB) held an event in Sao Paolo to mark 100 days to go until the Pan American and Parapan American Games in Lima.

The guest of honour was Panam Sports President Neven Ilic.

Also in attendance were two of Brazil's most revered Pan American Games medallists, swimmer Thiago Pereira and table tennis player Hugo Hoyama, who are both retired.

Pereira has 23 medals to his name, while Hoyama won an impressive 15.

The event opened with a speech from Ilic.

"I am very happy and grateful for the invitation President Wanderley has given me," he said.

"It is always an honour to come to Brazil.

"Lima has worked in a fantastic way, in a very short time.

"The sports facilities and the Pan American village are first class.

"I think Lima will surprise everyone positively."

Ilic also took the opportunity to invite Pereira to become an ambassador of the Games.

"I did not expect it, it was sensational," Pereira said.

"It's a great honour because maybe I would not be present, but now, who knows, maybe I can encourage my colleagues."

COB will send nearly 500 athletes to Lima, with the aim of qualifying as many as possible for the Tokyo 2020 Olympic Games.

Some 22 sports will act as Olympic qualifiers, a record for a Pan American Games.