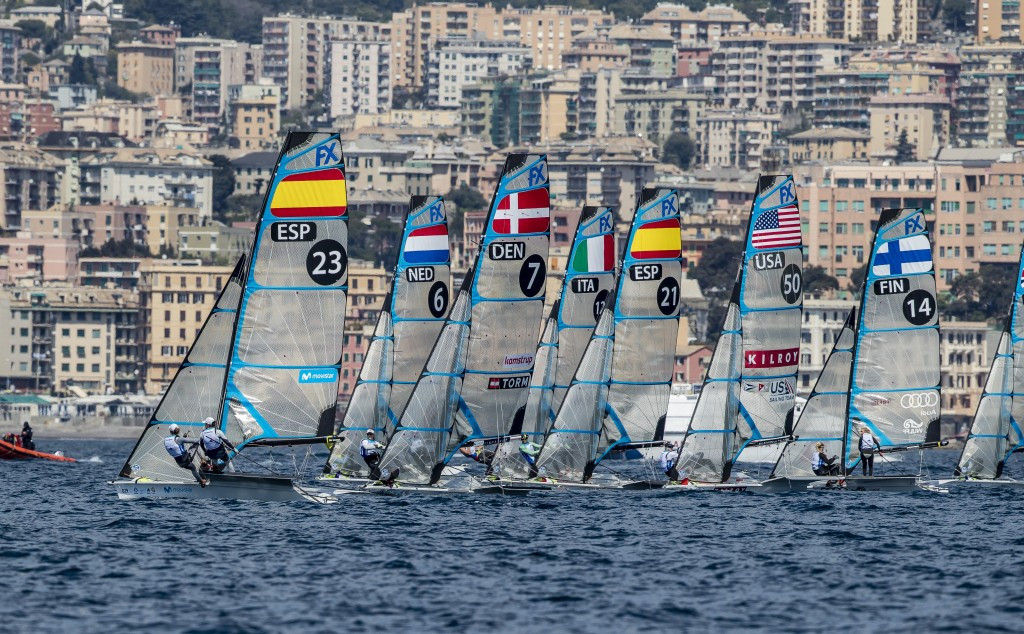 Italian duo Carlotta Omari and Matilda Distefano took the lead in the 49erFX event at the Sailing World Cup in Genoa.

They recorded two second-place finishes, one third-place finish and a victory in today's races, topping the leaderboard with 33.0 points.

In second is Denmark's Ida Marie Baad Nielsen and Marie Thusgaard Olsen on 37, while yesterday's leaders, Odile van Aanholt and Marieke Jongens of the Netherlands, are third on 41.

In the 49er, Australian brothers David and Lachy Gilmour have risen from third to first with 50 points.

Their compatriots Peter Burling and Blair Tuke are second on 62, while Britain's James Peters and Fynn Sterritt are just behind on 63.

Croatian world champions Sime and Mihovil Fantela dominated until today but a series of disappointing results saw them drop to seventh.

Finland's Oskari Muhonen has retained his lead in the finn, sitting two points ahead of Spain's Alex Muscat on nine points.