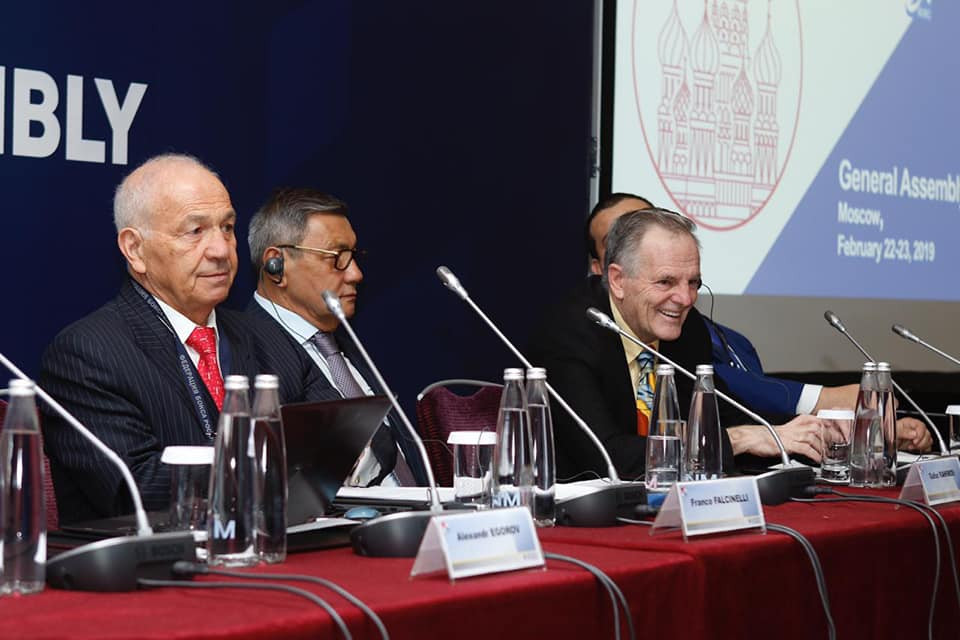 The European Boxing Confederation (EUBC) has attempted to take the current crisis into its own hands by creating a working group aimed at pressuring the International Olympic Committee (IOC) into keeping the sport on the Tokyo 2020 programme.

In a statement released following an Executive Committee meeting in Belgrade today, the EUBC said it would ask AIBA to authorise the continental organisation to "initiate a relationship" with the International Olympic Committee (IOC).

The EUBC, led by AIBA vice-president Franco Falcinelli, claimed it did not want to "remain idle" while the future of boxing within the Olympic Movement was "at risk".

The last-ditch move marks a desperate attempt from the EUBC to ensure AIBA remains the Olympic governing body for the sport.

AIBA remains the subject of an IOC inquiry, which could lead to the worldwide body being stripped of the right to organise the Olympic boxing tournament at Tokyo 2020.

It also suggests the EUBC is concerned by the progress made by AIBA towards maintaining its status as the IOC-recognised body for boxing.

The composition of the working group remains unclear, although insidethegames understands Falcinelli could chair the new panel.

"The EUBC is willing to do whatever it is in its power to overcome the current crisis and to secure the presence of boxing in Tokyo 2020," a short statement published after the Executive Committee meeting said.

"We owe it to our member federations, our boxers and all boxing fans.

"The EUBC has decided to create a working group and will ask AIBA for authorisation to initiate relationships with the IOC and the Association of Summer Olympic International Federations.

"The working group will include boxers, who we believe have been penalised most by the situation, because their Olympic dream is jeopardised."

Boxing will almost certainly feature at Tokyo 2020 in some form but who organises the qualification process and the tournament itself remains unclear.

The IOC Inquiry Committee is due to submit its final report to the Executive Board at its next meeting in Lausanne on May 22.

The investigation was mainly triggered by the election of Gafur Rakhimov as President in November but the IOC has insisted it has other grave concerns with AIBA, such as its financial situation, ethics and refereeing and judging following the scandal at Rio 2016.

AIBA is hopeful recent developments, including Rakhimov stepping aside and a proposal from influential Russian official Umar Kremlev to personally write off AIBA's significant debt, will count in its favour when the IOC makes its decision.

Kremlev, the EUBC's first vice-president, said he would write off AIBA's debt of $16 million (£12 million/€14 million) if the IOC allowed it to remain in charge of the Olympic boxing competition at the Games in the Japanese capital.

The Russian was thanked by AIBA executive director Tom Virgets but has provided little explanation as to how the proposal will be financed, raising concern among some members of the EUBC.

Kremlev made the offer in a letter to senior IOC officials, including President Thomas Bach and Nenad Lalovic, chairman of the Inquiry Committee into AIBA.

It is not yet clear if the IOC has responded to the Boxing Federation of Russia secretary general.

The offer was discussed at the Executive Committee meeting today and insidethegames understands some members sought clarification from Kremlev regarding the source of the money.

The AIBA Executive Committee member and Boxing Federation of Russia secretary general has already declared his intention to replace Rakhimov as the next President of the worldwide governing body.

Moroccan Mohamed Moustahsane was elected interim President after Rakhimov, who remains on a United States Treasury Department sanctions list as "one of Uzbekistan's leading criminals, temporarily stood down.

It is possible Rakhimov could return but Kremlev is among the main contenders should the 67-year-old Uzbek's decision prove permanent.