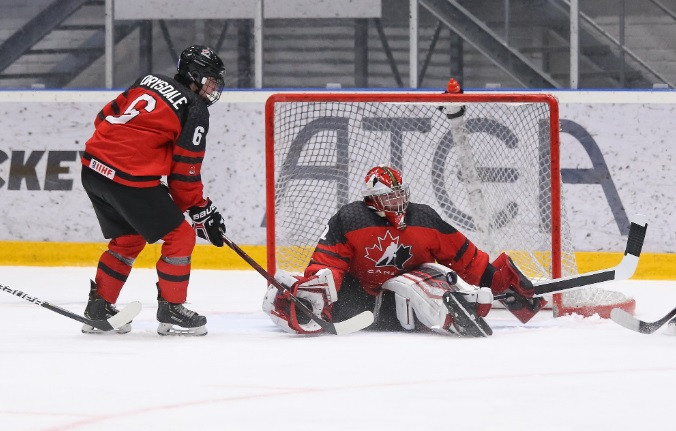 Canada and the United States recorded their second victories as the International Ice Hockey Federation Under-18 World Championship continued in Sweden.

The Canadians built on their comeback win over defending champions Finland by defeating Switzerland 7-4 in Group A at A3 Arena in Umeå.

The US were also in high-scoring form as they crushed Slovakia 12-5 in Group B at Fjällräven Centre in Örnsköldsvik.

Connor Zary gave Canada the lead in the first period before Braden Tracey, who scored twice in the triumph over Finland yesterday, doubled the advantage.

Thomas Harley seemingly put the result beyond doubt when he added a third shortly after.

🚨🇺🇸 Another 🎩🎩🎩 for @usahockey as Hughes gets a power play marker #U18Worlds

But Elvis Schlaepfer scored twice in quick succession early in the second period to reduce to one goal the deficit and Denys Rubanik then equalised, wiping out Canada's three-goal lead.

The joy did not last long for Switzerland, however, as Peyton Krebs put Canada back in front two minutes later.

Tracey's second made it 5-3 to Canada but Joel Salzgeber reduced the arrears with Switzerland's fourth.