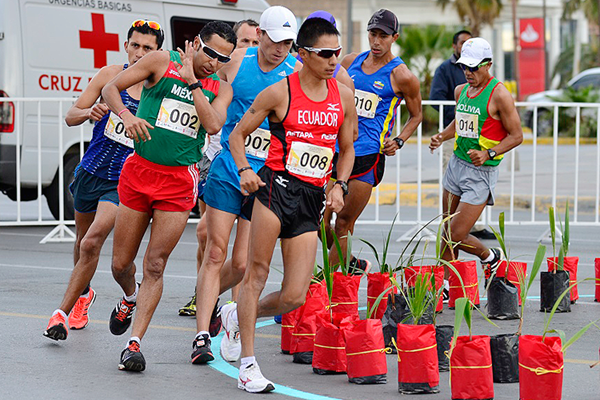 The fifth leg of the International Association of Athletics Federation (IAAF) Race Walking Challenge is due to take place tomorrow as part of the 2019 Pan American Race Walking Cup in Mexico.

A men and women's 20 kilometre and 50km race walk will be held in the Mexican city of Lazaro Cardenas.

A European athlete is considered the favourite in the men's 20km event, despite the large Pan American field.

Spain's Diego García was the joint winner of the 2018 IAAF Race Walking Challenge and sits in third place in this season's standings.

Ecuador’s Andres Chocho will look to take the Pan American Cup, having finished on the podium at every race he has contested in Mexico since 2015.

The hosts have entered 21 competitors in the men's 20km, with 2009 world bronze medallist Eder Sanchez viewed the strongest of Mexico's contingent.

In the women's 20km, it is another Spaniard who is expected to be leading the pack.

Brazil's Erica De Sena and Peru’s Kimberly Garcia will be battling for the Pan American Cup.

In the men's 50km, three previous champions are competing.

Ecuador’s Claudio Villanueva took the title in 2017, while Mexico’s Horacio Nava and Omar Zepeda triumphed in 2015 and 2013, respectively.

The women's 50km is making its second Pan American Cup appearance, having made its debut in Lima in 2017, amid a debate surrounding the inclusion of the race at the Tokyo 2020 Olympic Games.

Ecuador's Johanna Ordoñez and Magaly Bonilla are expected to finish on the podium in that event.

The top 10 in the 20km and top six in the 50km will accumulate points for the IAAF Race Walking Challenge standings.