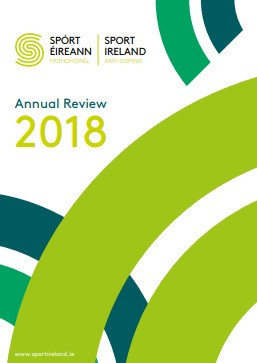 Sport Ireland carried out 1,112 drugs tests last year but only one led to an anti-doping violation, the organisation's 2018 report has revealed.

Boxer Evan Metcalfe was responsible for the solitary positive test.

Metcalfe was stripped of his Irish bantamweight amateur title and banned for four months after he tested positive for a by-product of cannabis.

He claimed he had unknowingly ingested the substance when he was given what he thought was a cigarette.

The explanation provided by Metcalfe was accepted by an Irish Sport Anti-Doping Disciplinary Panel, which said he had not taken the substance to enhance his performance.

A total of 899 of these were out of competition and 213 were in competition.

Cycling was the most tested sport with 179, one more than rugby, while 164 tests were carried out in athletics.

Some 77 tests were conducted in swimming, with 57 in Paralympic sport and 42 in football.

"Ireland needs to have a system that we can be proud of and that other countries know if Irish athletes are competing they know they’re competing against clean athletes and that’s what Ireland and the government and Sport Ireland have signed up to."

The full report can be read here.