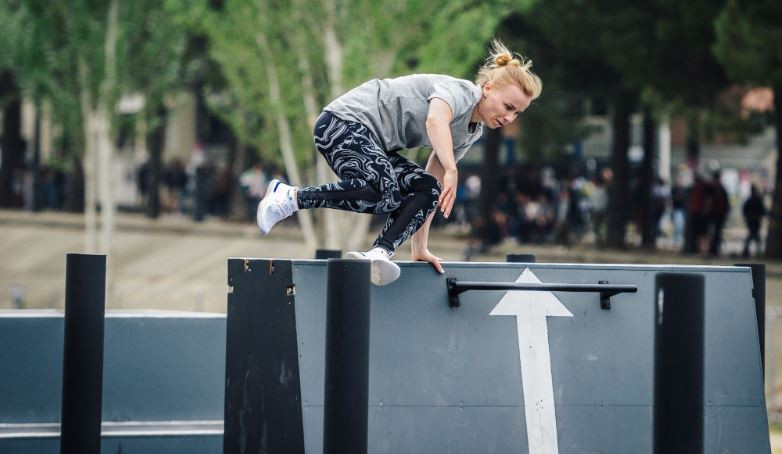 Belgium’s Jeremy Lorsignol, a silver medallist at last year’s International Gymnastics Federation (FIG) Parkour World Cup in Hiroshima, will seek to go one better as the event returns to the Japanese city as part of the International Festival of Extreme Sports (FISE) World Series.

He and his fellow traceurs will discover during tomorrow’s training the new course that has been devised for them, which has been established with the guidance of FIG Parkour Commission member Kazuyosh Hariya, the event’s technical director.

Memories are still vivid of last year’s event in front of packed crowds at the city’s former baseball stadium near Peace Memorial Park.

Lorsignol battled through illness during the first round of the FIG World Cup series in Chengdu, but is now fighting fit.

Britain’s David Nelmes tops the senior men’s rankings after his win in China.

Switzerland’s Christian Harmaat will be a strong challenger in the senior men’s speed-run, having taken silver in Chengdu.

Also one to watch will be Chengdu bronze medallist Dimitris Kyrsanidis, despite the fact he is normally more of a threat in the freestyle discipline.

So far this season the freestyle event is being dominated by Chengdu podium fnishers Oleksandr Titarenko of Ukraine, Russia’s Evgenii Aroian, and Xiaoqiang Yang of China.

Hikari Izumi of Japan will be looking to build on a strong season start after picking up a gold in the speed-run and silver in the freestyle in the first event of the year.

The Chengdu speed-run podium of Izumi, Saskia Neville of the Netherlands and Anna Griukach of Ukraine was almost a repeat of last year's Hiroshima event, and 2018 champion Neville will no doubt be hoping to regain the title.

With new national federation representatives and former World Cup medallists Aleksandra Shevchenko of Russia  and Australia’s Stephania Zitis on her heels, Izumi will be looking for a boost from the home crowd to stay on top of the world rankings.

She and Australia's Anna Yamashita will be fighting to secure a place on the podium for the first time, but they will both face intense competition from current freestyle number one Aleksandra Shevchenko of Russia and local favourite and world number two Izumi.

The points tally for athletes reset at the start of the year, so consistency will be key heading towards the third and final World Cup event in Montpelier this June.