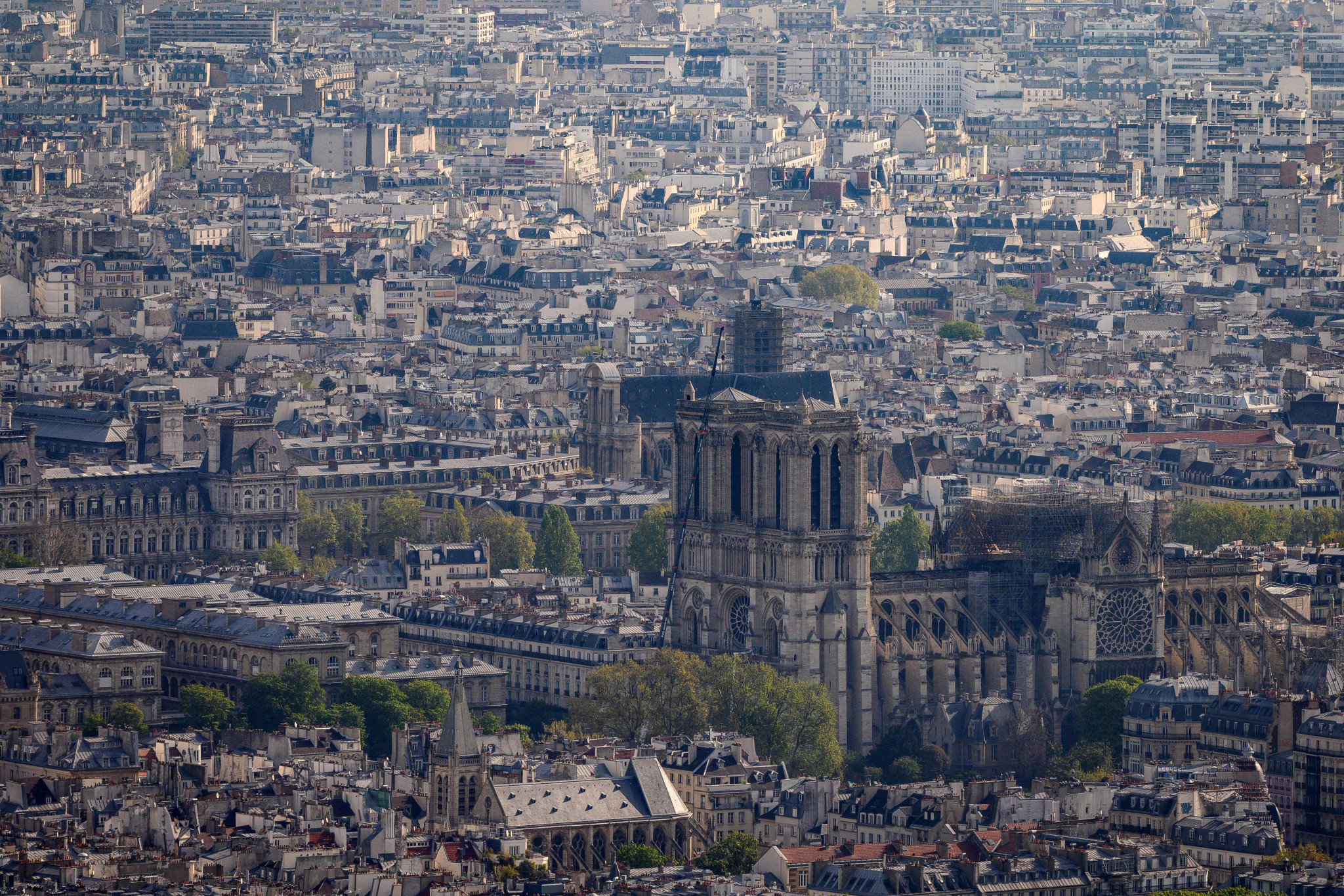 IOC President Thomas Bach made the pledge in a letter to Paris 2024 head Tony Estanguet.

"The aim of finishing this reconstruction in time for Paris 2024 will be an additional motivation for us all," Bach wrote.

"This will send a strong message about the way in which the Olympic Games are always synonymous with [people] gathering together and aim to put sport at the service of humanity.

"This is why the IOC wants to take part in the reconstruction and restoration efforts.

"The IOC will therefore make a donation of €500,000 for the reconstruction of Notre-Dame."

A fire engulfed the medieval edifice on Monday (April 15), prompting an outpouring of sympathy worldwide.

The 850-year-old Gothic building's spire and roof collapsed but officials said the main structure, including the two bell towers, had been saved.

The cause of the fire remains unclear but an investigation has been launched.

France's President Emmanuel Macron has vowed to rebuild the cathedral, while donations totalling around €850 million (£735 million/$955 million) have been made to help with the restoration effort.

This mainly comprises donations from billionaires and other organisations.

Paris 2024 has consistently promised the city's most recognisable sites "will be placed at the service of the Games and the Olympic brand".

"It is with great sadness that we have seen the pictures of the destruction caused by the tragic fire at Notre-Dame cathedral," Bach wrote.

"Having visited Notre-Dame many times myself, the photos of this very famous historical monument in flames at the very heart of the Olympic city of Paris personally upset me.

"The whole Olympic Movement and especially the IOC have been very touched by the link that the French immediately made between the reconstruction of Notre-Dame and the 2024 Olympic Games.

"We want to show the support of the Olympic Movement for the restoration of this iconic monument, which is in the heart of all the French people.

"By giving this helping hand, I hope that Notre-Dame will once again be able to inspire all of us when the whole world gathers together for the Paris 2024 Olympic Games."