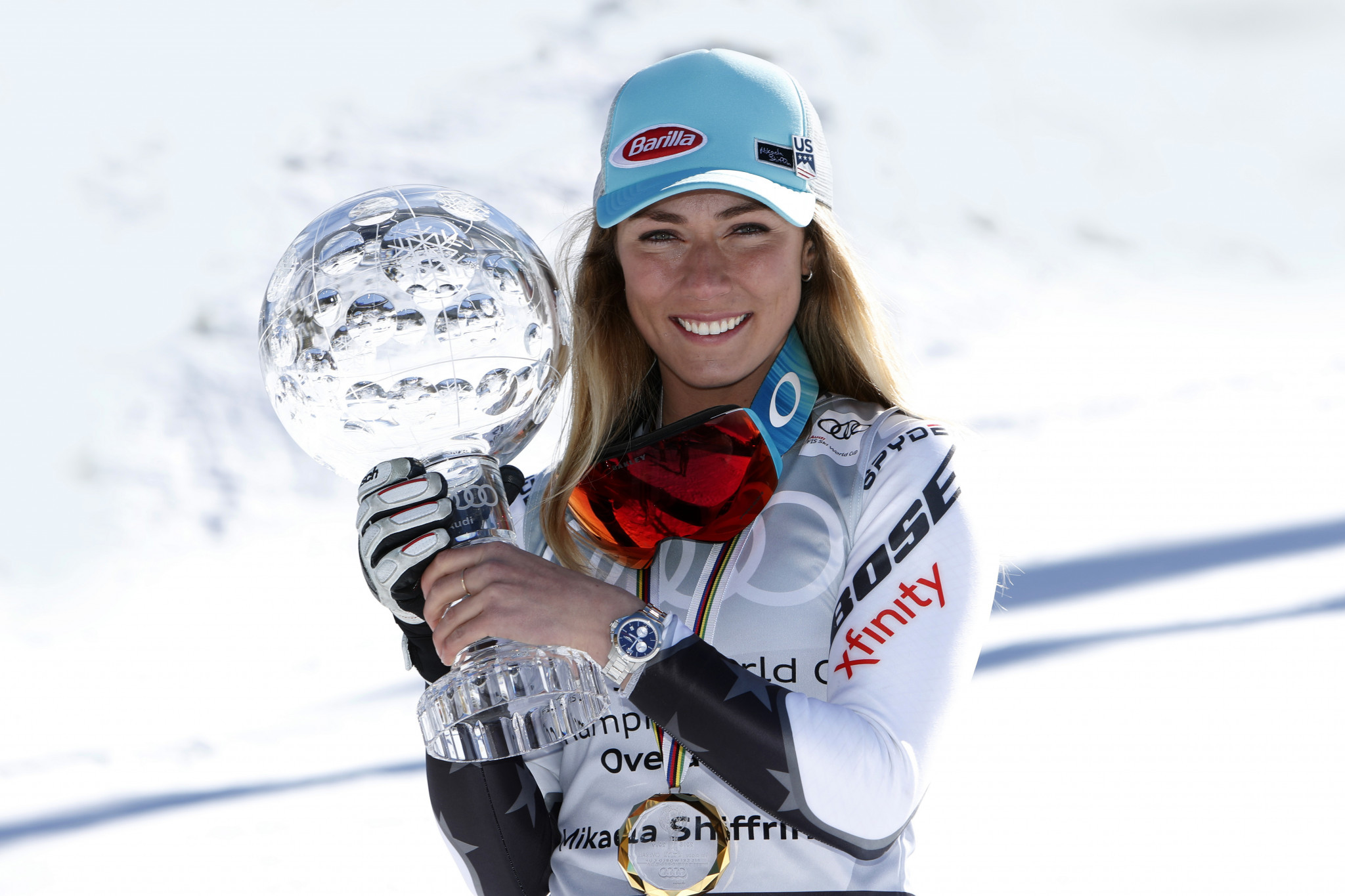 Added to that amount is Shiffrin’s medal haul at the 2019 FIS Alpine World Ski Championships in Åre in Sweden in February, when she claimed super-G and slalom gold, and giant slalom bronze.

"I’m extremely proud to be part of a sport where there is no gender pay gap.

"It’s great, because perhaps it will inspire future generations to take part in this sport that I love so much.

"From my perspective, equal prize money means there is a demand by the public for both men’s and women’s Alpine ski racing.

"If people want to watch and the sport has fans, that’s ultimately where the money comes from."

She added: "We, as athletes, have a responsibility to bring attention to this sport, to make it exciting to watch and bring edgy and fun personalities into it.

"Just like any sport, ski racing needs these personalities and a high level of competition in order to thrive, and I’m thankful to the fans for following along."

Traditionally, the men and women also have had around the same number of races per season, giving Shiffrin and her female competitors the chance to out-earn their male counterparts.

"The International Ski Federation is leading the charge and has a long history of paying females and males the same prize money on the tour," Shiffrin said.

"This has not necessarily been the case for other sport.

"I know the US women’s national soccer team fought hard for equal pay and recently earned that.

"Similarly, kudos to the female surfers who won the pay equity fight last fall with the World Surf League."

Shiffrin became the first athlete to win in all six FIS disciplines after her inaugural super-G victory in Lake Louise in Canada in December 2018.

At the age of 24, she has the potential to break even more records in the upcoming season.

Shiffrin has already topped the 60-win mark and is now consistently on the podium in both speed and technical events.