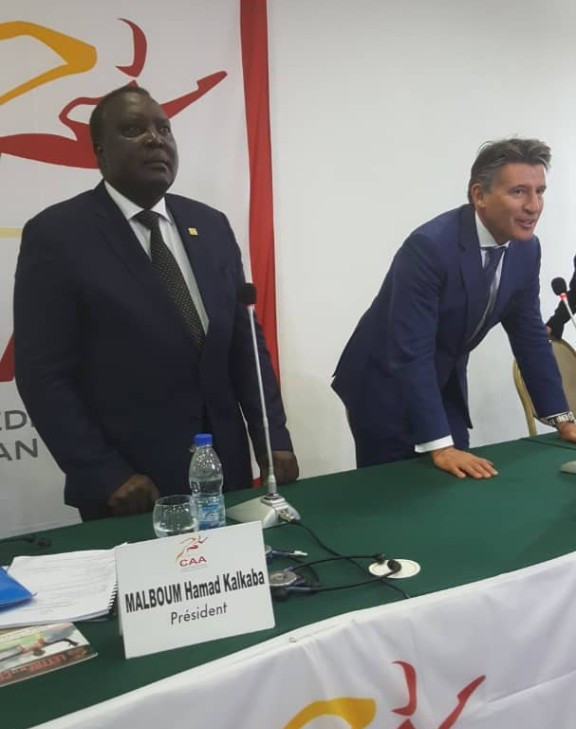 Hamad Kalkaba Malboum has been re-elected Confederation of African Athletics (CAA) President after he comfortably defeated challenger Amara Khaled at the organisation's Congress in Abidjan.

Malboum beat Tunisian Khaled by 44 votes to seven to secure a fresh four-year term at the helm of the continental organisation.

The Cameroonian became CAA President in 2003 when he replaced former International Association of Athletics Federations (IAAF) head Lamine Diack, currently being held in Paris as part of an investigation by French authorities into corruption and vote-buying allegations.

"I would say to my friend Amara that he is a reliable partner of African athletics," said Malboum, who failed in his bid to become President of the Association of National Olympic Committees of Africa last year.

"We have known each other since 1999 in Abidjan.

"We finished a competition – I would like to thank him for his fair play spirit.

"He had a good spirit.

"I am today's winner but he will be the winner of tomorrow.

Athletics Kenya President Jackson Tuwei became a vice-president of the CAA at the Congress in the Ivory Coast capital, attended by IAAF head Sebastian Coe.

Tuwei was elected President of the East African region after he stood for the position unopposed.

He will serve as a vice-president under Malboum for the next four years.

Tuwei recently met Coe to seek assurances regarding changes to the Diamond League, approved by the IAAF in March.

The IAAF announced a decrease in the maximum track event distance from 5,000 metres to 3,000m, prompting a backlash from athletes and officials in African countries such as Kenya and Ethiopia.

Athletics Kenya also expressed its concern at the IAAF reducing the number of meetings held each season from 14 to 13.

During the meeting at the World Cross Country Championships in Aarhus, Coe and IAAF chief executive Jon Ridgeon insisted the changes would not disadvantage African athletes.