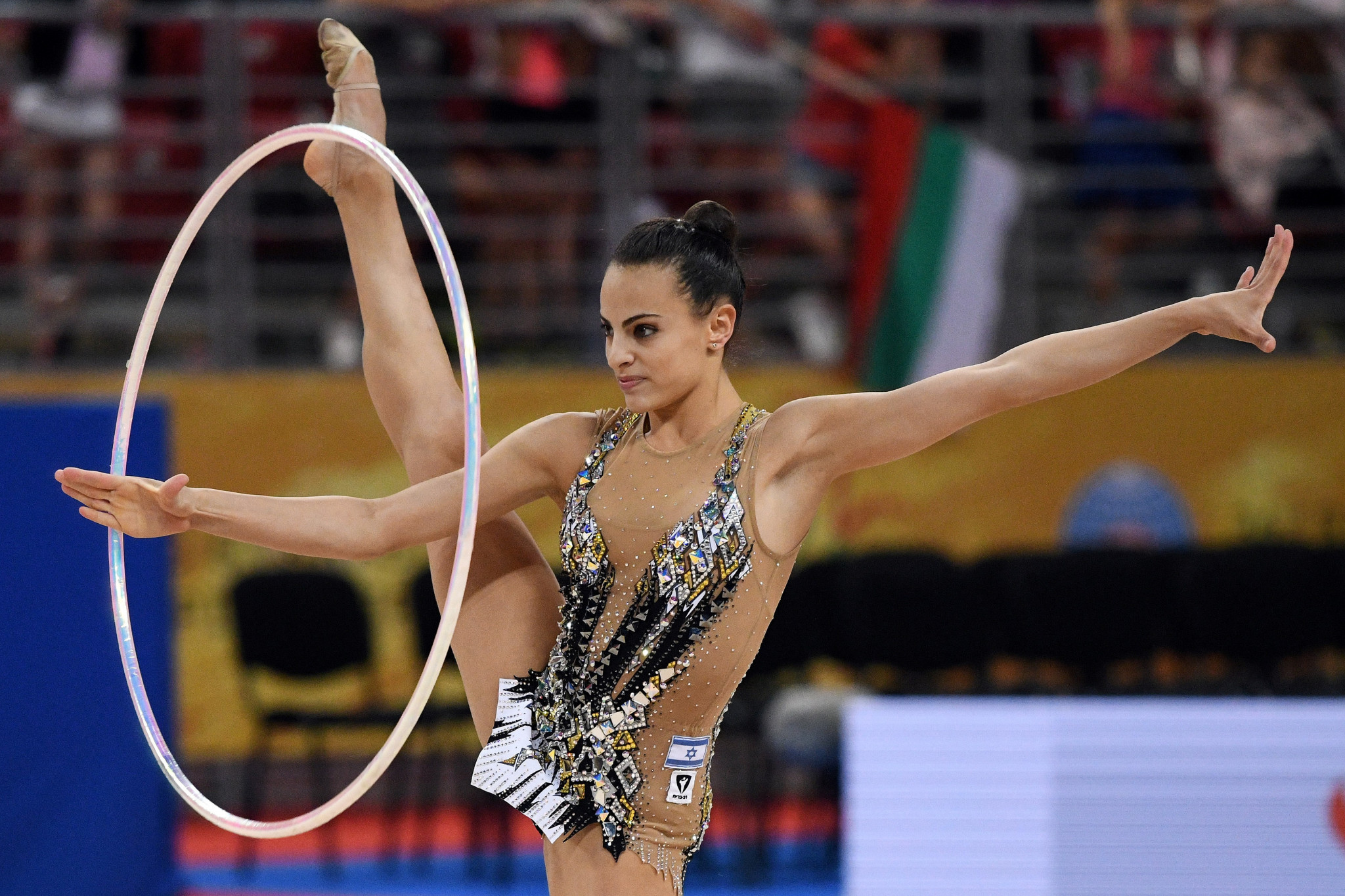 Ashram, who had finished second to Russia’s Aleksandra Soldatova in the previous night’s individual all-around finale, won the hoop discipline with a score of 21.200 ahead of Russia’s Ekaterina Selezneva, who scored 21.050, and Soldatova, who totalled 20.750.

The second win on the night for Ashram came in the clubs, where she scored 20.900 to head home athlete Katrin Taseva, who had finished third the previous night, and here scored 20.650, with third place going to Soldatova on 20.050.

Soldatova’s compatriot Selezneva won the ball competition with 20.700, with a third second place on the night going to Taseva on 19.950 and Ashram taking third with 19.600.