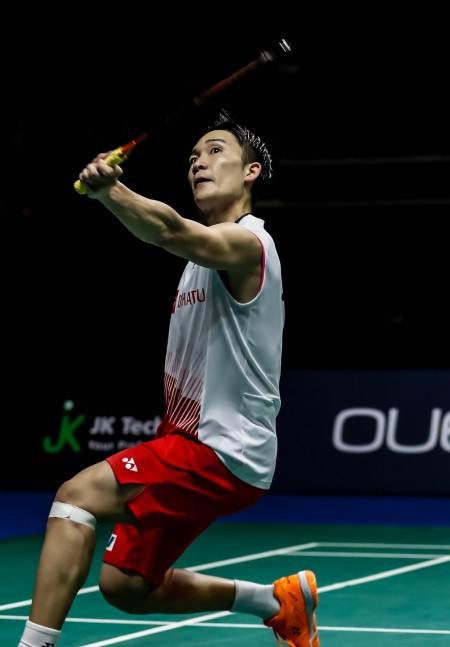 World number ones Kento Momota and Tai Tzu-ying lived up to their billing today as each earned their second Badminton World Federation Singapore Open title – in wildly contrasting fashions.

While Japan’s Momota had to battle it out for more than an hour against Indonesia’s seventh seed Anthony Ginting before coming through 10-21, 21-19, 21-13, Tai, of Chinese Taipei,  closed out her match against Momota’s compatriot Nozomi Okuhara in 41 minutes, 21-19, 21-15.

The 22-year-old Indonesian had knocked out China's Olympic champion and fourth seed Chen Long in the quarter-finals before beating Chinese Taipei’s second seed Chou Tien-chen in the semi-finals.

And he threatened to overwhelm Momota as he blitzed the world and All England champion in the opening game of the men’s singles final, with the Japanese player struggling to counter his opponent’s speed and sharp smashes.

Ginting continued to press in the second game but Momota starting anticipating the attack better, and with the rallies getting longer, the Indonesian started to feel the exertion.

Momota caught up from 11-16 down and the end of the game saw a huge rally in which the Japanese stubbornly defended a series of smashes to lead 19-17.

Once he had taken the game, the momentum shifted Momota’s way, with Ginting unable to maintain precision on his smashes and Momota’s percentage game helping him establish a stranglehold on proceedings.

“This was a match I was losing,” Momota told the BWF.

"Ginting was playing at a higher level in the beginning, but possibly he started getting tired later on and that gave me opportunities.

“Everything changed for me after that, so I’m happy to win here once again.”

Tai won her second World Tour title in two weeks by subduing Okuhara in the women’s final, causing the Japanese player to look despairingly at her coaches.

“Her timing is so good – she kept me waiting on every shot,” said Okuhara.

“She put a lot of pressure on me and I made a lot of mistakes.”

Tai said: “It has been long since I played Okuhara and she isn’t easy, she’s great at running, so I had to be prepared for a long match.”