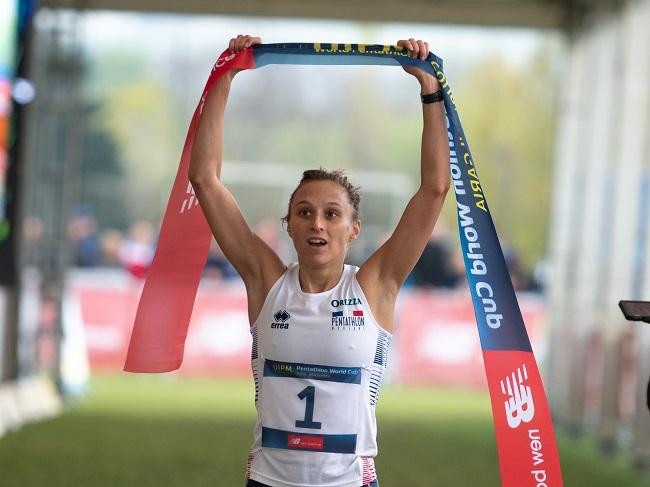 Britain’s 2015 Youth Olympic silver medallist Francesca Summers was fourth on 1,326, one ahead of Russia’s Gulnaz Gubaydullina.

What a day! Relive the best moments of the Women's Final here in Sofia at the UIPM 2019 Pentathlon World Cup 💪👊🏆#pentathlon #worldcupsofia pic.twitter.com/FlPVHCuXkn

Oteiza took a decisive lead as she won the opening fencing event with an outstanding record of 27 wins and eight defeats, earning 262 points.

She maintained her position by taking third place in the swimming and sixth place in the equestrian event as the weather worsened.

That meant she arrived at the concluding laser-run event with a lead of 21 seconds and she maintained her composure and her lead as the rain drove down.

Sotero was figuring strongly at this point having finished second in the swimming before winning the equestrian stage and she moved from seventh to third in the laser-run.

“It was a hard race,” said Oteiza.

“I had to stay focused on the shooting to have a good run to stay in first place – I'm so happy.

“It was a very good swim and excellent fencing.

"I think it was a new record in the fencing so I couldn't be happier.”

Asadauskaite was also happy with a satisfying return to form after undergoing surgery on a leg injury.

She had been out of competitive action for 10 months, but showed her fitness levels as she moved up from 15th to second in a characteristically efficient laser-run.

Tomorrow sees the men's elite race in Sofia, with the mixed relay bringing the competition to a close on Sunday (April 14).