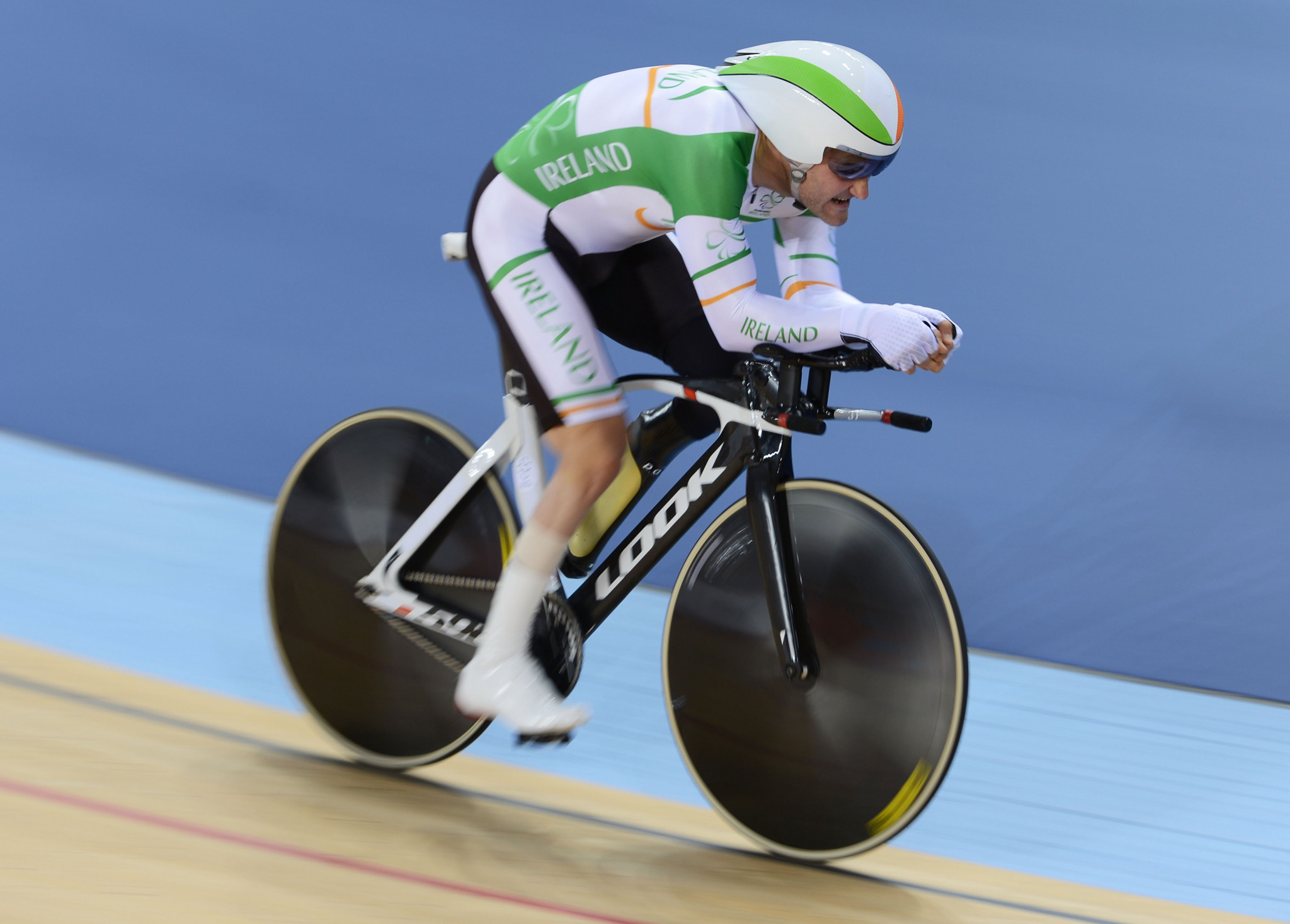 The 48-year-old, born in Singapore, made history in October 2016 when he set the first-ever International Cycling Union (UCI) sanctioned Para-cycling hour record with a distance of 43.133 kilometres on the Manchester Velodrome track.

Earlier that year he had finished second in the road time trial at the 2016 Paralympic Games in Rio de Janeiro.

Lynch won a world title in the road time trial event in 2011 and also collected a full set of world medals on the track in the 3km pursuit track event, winning in Los Angeles in 2012.

In 2017 was elected along with Dame Sarah Storey as a Para-cycling representative within the UCI.

"All in Paralympics Ireland would like to wish Colin the very best in his retirement," said a release.

Lynch broke his foot playing rugby aged 16 and was then diagnosed with a spinal tumour.

The tumour was removed but the cast was placed too tightly on his foot and caused tissue damage, and his left leg eventually had to be amputated below the knee.

In addition, Lynch lost the use of the muscle below the knee on the opposite leg.

The resulting disability placed him in the C2 class for Paracycling.

"I’m not certain exactly when I fell in love with cycling," Lynch recalled for Paralympics Ireland.

"Probably somewhere around the age of seven.

"Since then, I’ve never been far from a bike.

"Even after losing my leg at the age of 21 I kept on riding, even just for fun.

"In 2008 I had the privilege of briefly working for British Cycling and was exposed to their world-class paracycling programme.

"And watched as their riders won medal after medal in the 2008 Paralympic Games.

"It was then that I became inspired to get into the sport myself.

"In 2010 I joined the Irish Paracycling team.

"By the end of 2011 I had progressed rapidly up through the ranks and won my first World Championship title on the road time trial.

"And followed it up a few months later with another title in the individual pursuit on the track in 2012.

"Along the way there have been many ups and downs. The pain of losing a medal in London 2012 by a mere one tenth of a second and the joy of a silver medal in Rio 2016.

"However, as I entered the 2018 season, I began to notice changes in my balance, coordination and general mobility.

"I discovered that I was building up fluid inside my spinal cord which was causing these issues.

"The only cure for the problem is surgery.

"After racing the World Championships in The Netherlands on the track, it was obvious that I am no longer able to compete against the best in the world - certainly on the track.

"So with immediate effect - I am announcing my full retirement from competitive cycling.

"There are a many people that I would like to thank and shine a spotlight on.

“First - to my coaches Neill Delahaye and Kyleigh Manners.

"Neill has been my National team coach for many years.

"He’s been there through all my successes since 2013 and guided me to my Paralympic medal.

"Without him I never would have made it this far."