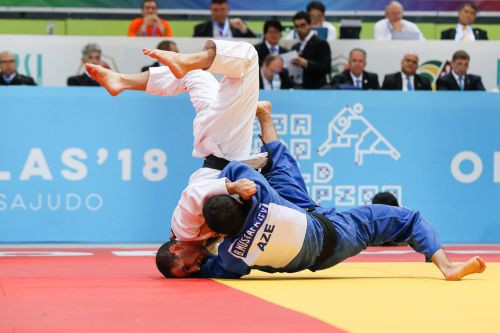 The event will begin IBSA judo’s season, which will also include the European Championships in Italy in July.

Several world and Paralympic champions feature in Azerbaijan’s team, including the reigning world champion in the men’s up to 66 kilogram division, Bayram Mustafayev.

Meanwhile, Paralympic champion Ramil Gasimov will be favourite in the up to 73kg division.

Rio 2016 silver medallist Huseyn Rahimli is also in the team.

He will compete in the up to 81kg class.

On the women’s side Shahana Hajiyeva will compete in the up to 48kg division having won silver at the last World Championships, while European champions Sevda Veliyeva and Khanum Huseynova will also feature, in the up to 57kg and up to 63kg divisions, respectively.

Around 280 judokas from 36 countries will compete in Baku, at an event which will also form part of the qualification process for the Tokyo 2020 Paralympic Games.

It is set to be broadcast live on national television in Azerbaijan.