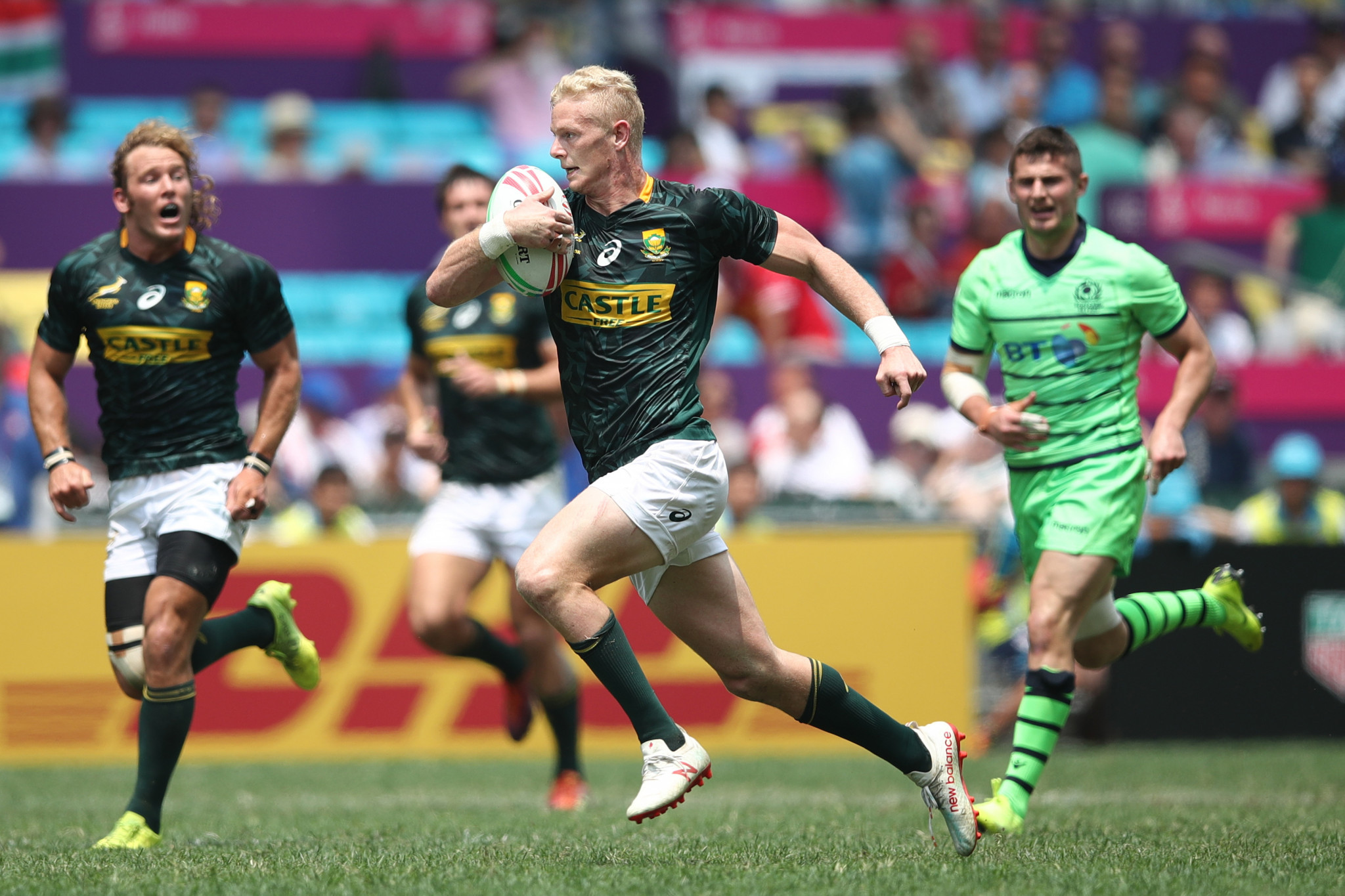 World Rugby Sevens Series overall leaders the United States will meet South Africa in the quarter-finals of the Hong Kong Sevens after both teams progressed to the last eight in contrasting fashion today.

South Africa, winners of last season's World Rugby Sevens Series, beat Scotland 26-10 and Samoa 21-7 to finish top of Pool A with a 100 per cent record at Hong Kong Stadium.

The US qualified for the quarter-finals, despite losing both their Pool D encounters today.

They still managed to reach the last eight, however, as they edged out Wales on points difference in the battle for the second available quarter-final place from the group.

The US were second behind pool winners England, who also thrashed Spain 54-5 to progress with three wins from their three group matches and set up a meeting with Samoa in the next round.

Their clash with South Africa will have a considerable impact on the overall standings as the American team led the Blitzboks by seven points in the World Rugby Sevens Series going into the Hong Kong Sevens.

France also booked a place in the quarter-finals in style, defeating Canada 24-12 and Argentina 26-14 to win Pool C.

The French team will take on New Zealand, second in Pool B behind Fiji, in the last eight.

Fiji  are set to go up against Argentina for a place in the semi-finals.

At the men's World Rugby Sevens Series qualifier, where the winner will earn a core place on next season's circuit, Germany, Ireland, Chile and hosts Hong Kong all reached the semi-finals.

Germany are due to face Ireland, while Chile take on Hong Kong.

The final is scheduled to be held on the final day of the Hong Kong Sevens tomorrow.