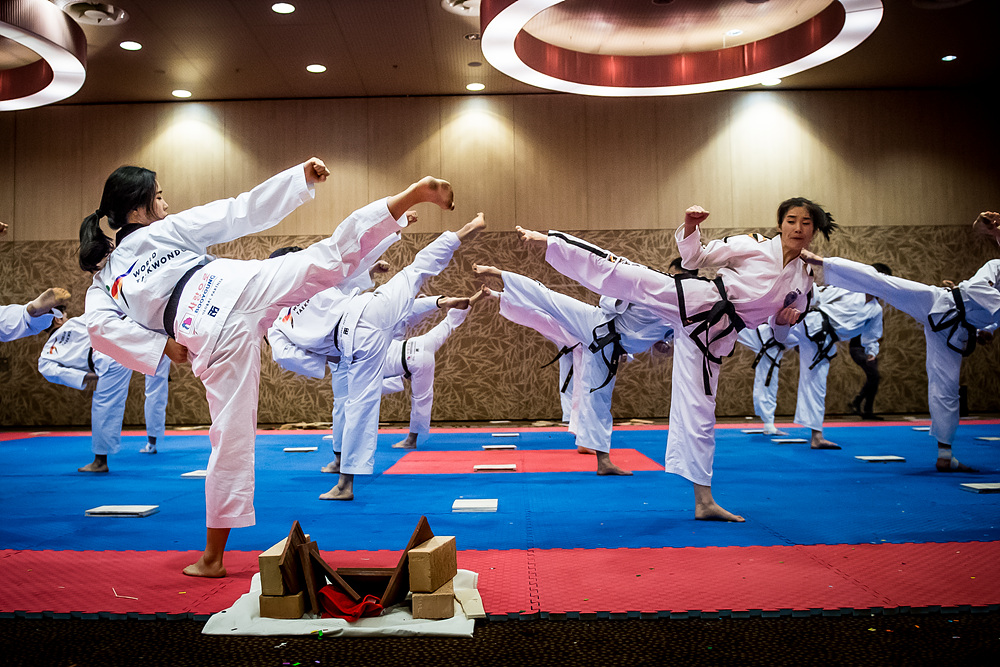 World Taekwondo and the International Taekwondo Federation (ITF) have begun celebrations of the 25th anniversary of the sport joining the Olympic programme by holding a joint demonstration in Vienna.

The demonstration, fittingly held on the International Day of Sport for Development and Peace, was the first of three joint events due to held by the two organisations this week, with further events to take place in Switzerland in the coming days.

It was the first time that WT and ITF have held a joint-demonstration in Vienna, home of the ITF headquarters since 1985.

It marked the latest example of cooperation between World Taekwondo and the ITF, who signed an agreement last year to increase their collaboration.

The event in Vienna saw teams perform an array of different taekwondo skills, including kicking, breaking, solo patterns and self-defence were all presented.

"This is an important week for taekwondo," said Chungwon Choue, World Taekwondo President.

"It is a week in which we will celebrate our 25-year history as part of the Olympic Games but also our future of stronger cooperation with the ITF.

"It is a great pleasure to be here in Vienna for this historic WT-ITF joint demonstration.

"Vienna is a capital famed for its beauty, its history and its culture but also for its taekwondo, as home to the ITF headquarters."

Choue added: "We are here today, not representing WT or ITF.

"We are here today as one taekwondo family, under the spirit of “One World, One Taekwondo."

The demonstration was attended by senior officials from across sport, along with diplomatic officials based in Vienna.

Joint demonstrations involving North Korean and South Korean taekwondo practitioners were held in April and October of last year, as well as at the 2018 Winter Olympics in Pyeongchang.

Events are now set to take place in Lausanne and Geneva.

International Olympic Committee President Thomas Bach is due to be in attendance at a demonstration at the Olympic Museum on Thursday (April 11).

The two teams will also hold an exhibition of the sport at the United Nations offices in Geneva on Friday (April 12).