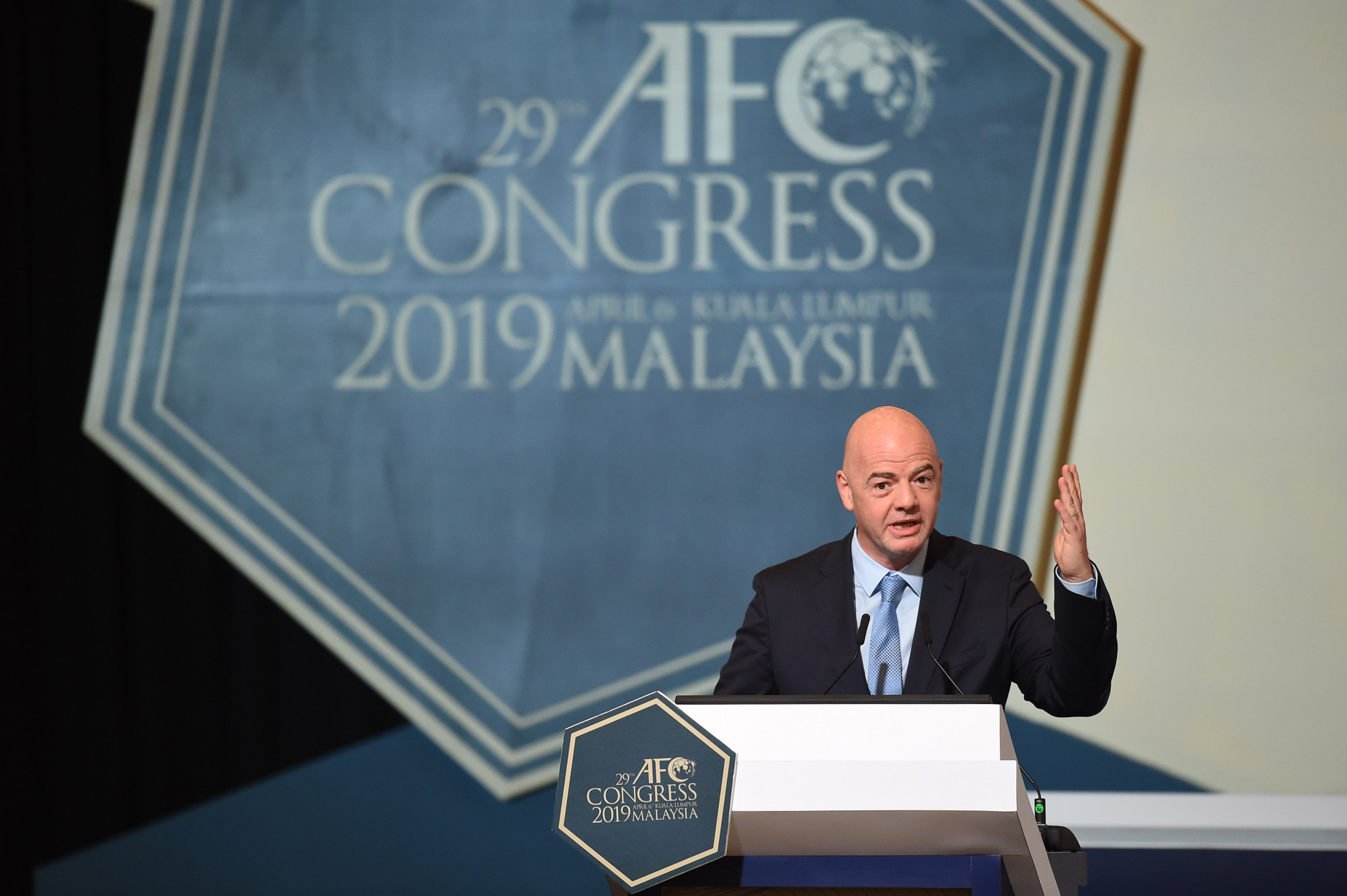 Shaikh Salman, who was not present at the Congress following the death of his mother earlier this week, was standing unopposed and was sworn in for a fresh four-year stint at the helm.

The Bahrain official was the only candidate after both Qatar's Saoud Al Mohannadi and Mohammad Khalfan Al Romaithi of the United Arab Emirates withdrew.

Shaikh Salman, a member of the Bahrain royal family who has been criticised by human rights campaigners, will serve as AFC President until 2023.

He was first elected in 2013 as the successor to disgraced Qatari Mohamed Bin Hammam, banned for life by FIFA following corruption allegations.

The FIFA President claimed the fact Shaikh Salman, who unsuccessfully stood against Infantino in the 2016 election, was the only candidate demonstrated unity within the powerful confederation.

Infantino also led a moment's silence for the mother of Shaikh Salman, who expressed his "heartfelt apologies" for missing the Congress.

"This (death) is of course a big tragedy where words cannot help," Infantino said, according to Agence France-Presse.

"I can only ask you to stand up, to think on Salman, to give him a big hug and to tell him we are with him."

In a video message played at the Congress, Shaikh Salman, who was condemned by campaigners after he was forced to recuse himself from attempts to extradite Bahraini refugee footballer Hakeem Al-Araibi back to Australia, promised Asian football would "grow stronger".

Al Mohannadi was one of the six officials elected to the FIFA Council by the AFC Congress.

The Qatari official, who missed the deadline for the last Council elections after FIFA overturning his ban came too late for him to stand, India's Praful Patel, Chinese Government official Du Zhaocai and Kohzo Tashima of Japan were also chosen for a place.

They were joined by Mariano Araneta of the Philippines, who retained his seat, while Bangladesh's Mahfuza Akhter Kiron, granted bail in Bangladesh after her arrest for allegedly defaming the country's Prime Minister last month, was re-elected as the women's representative.

The FIFA Council vote had been plagued by controversy in the build-up to the Congress after South Korean Chung Mong-gyu complained to the AFC election panel regarding private jets used by Araneta in his campaign, which were allegedly funded by Qatar.

Football Federation Australia chairman Chris Nikou was among the officials elected to the AFC Executive Committee.