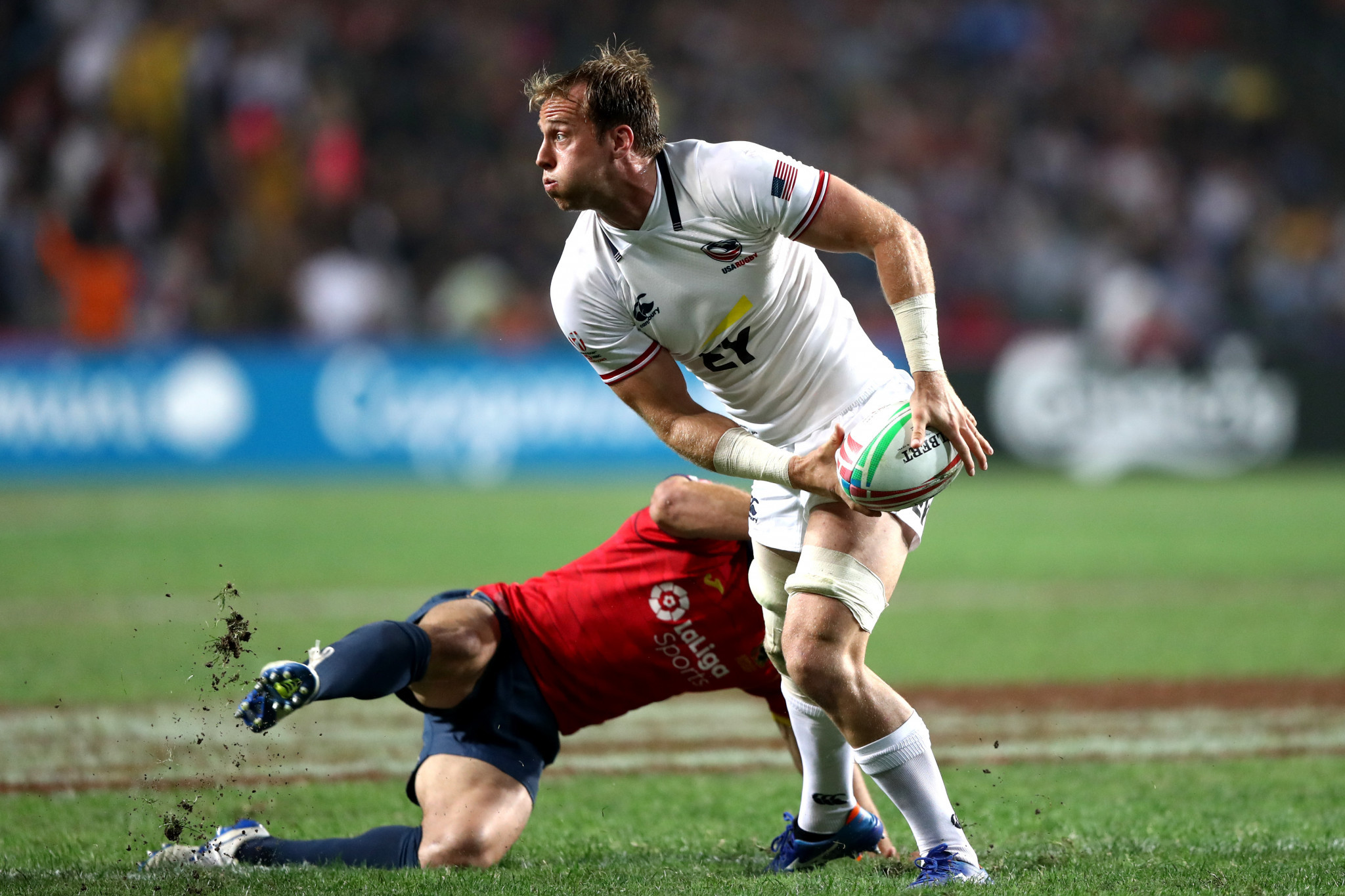 The US, who have a seven-point lead over New Zealand at the top of the standings, opened their Hong Kong Sevens campaign by thrashing Spain 39-7 in Pool D.

England overcame Wales 36-19 in the other match in the group as Dan Norton became the new all-time leading World Rugby Sevens Series try-scorer.

New Zealand were in good form today as they beat arch-rivals Australia 40-19 in Pool C at Hong Kong Stadium.

Fiji joined the All Blacks Sevens in winning their first Pool C contest by claiming a 22-5 victory over Kenya in a rematch of last year's Hong Kong Sevens final.

South Africa, third on the overall standings, also started with a win, defeating Japan 22-7 in Pool A.

Argentina and France lead the way in Pool B following victories against Canada and Portugal respectively.

Elsewhere in Hong Kong, Brazil secured a core spot on next year's Sevens Series by winning the women's qualifier with a 28-19 victory against Scotland in the final.

The triumph for Brazil guarantees them a place at every women's event on the 2020 circuit.

"I'm incredibly proud, not just of the 12 players at the tournament because we're a much bigger group than that.

"We're looking to build even more, bring in a lot of new players and show everyone that our programme is growing and that we deserve to be back on the world circuit."