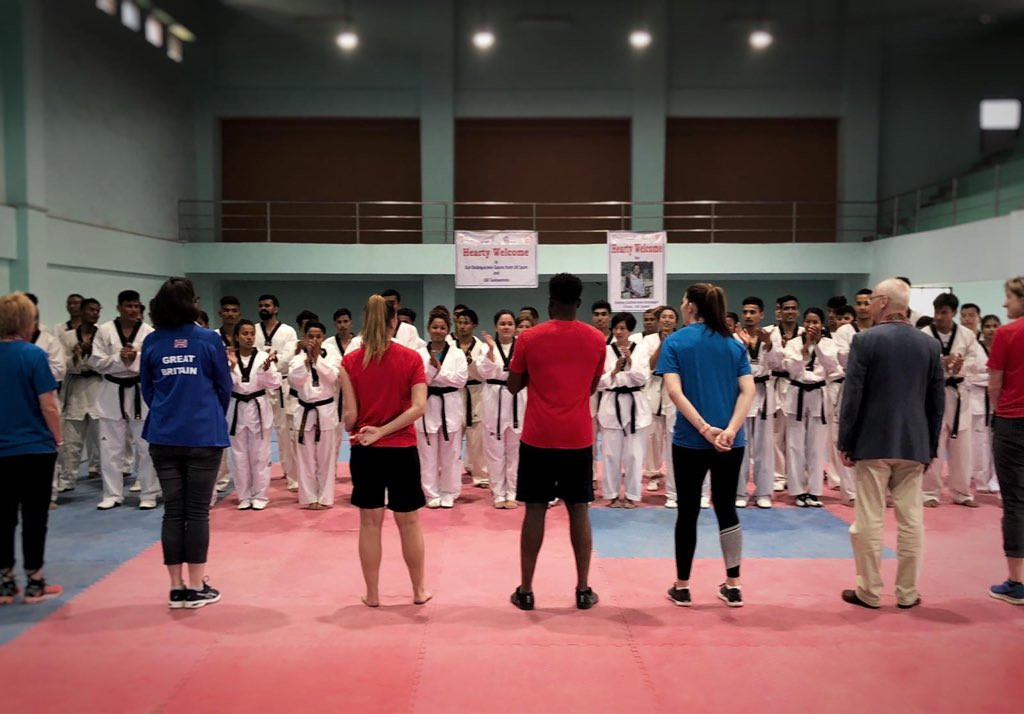 The five-day camp, organised by the Nepal Taekwondo Association (NTA) under the auspices of UK Sport, began yesterday at the Nepalese Taekwondo Academy in Kathmandu.

As reported by The Himalayan Times, Para-taekwondo representatives are among the 50 participants from Nepal’s seven provinces taking part in the training being conducted by coaches and athletes from Britain.

Truesdale, a world gold medallist in 2014 and 2017, described the project as being "amazing".

"I am honoured to be a part of GB Taekwondo," she added in a tweet.

The event has also seen the British Embassy Kathmandu organise a reception in honour of the members of the Dame Katherine-led British team.

It involved a demonstration from the NTA, with whom UK Sport signed a partnership agreement in June 2018.

"It is an honour to host the first British woman to win medals at five successive Olympic Games, Dame Katherine Grainger, at an event to celebrate sport and inclusion," Morris was reported as saying by The Himalayan Times.

"Sport is a fantastic way for young people to learn about respecting others, embracing diversity and the power of commitment."

The Memorandum of Understanding between the NTA and UK Sport sees the latter help the former by upgrading the levels of Nepalese coaches and providing training to Para-athletes.

The aim is for Nepal to compete in taekwondo at Tokyo 2020, when the sport will make its Paralympic debut.

Sports science and doping programmes are also being held in Nepal with UK Sport's cooperation.