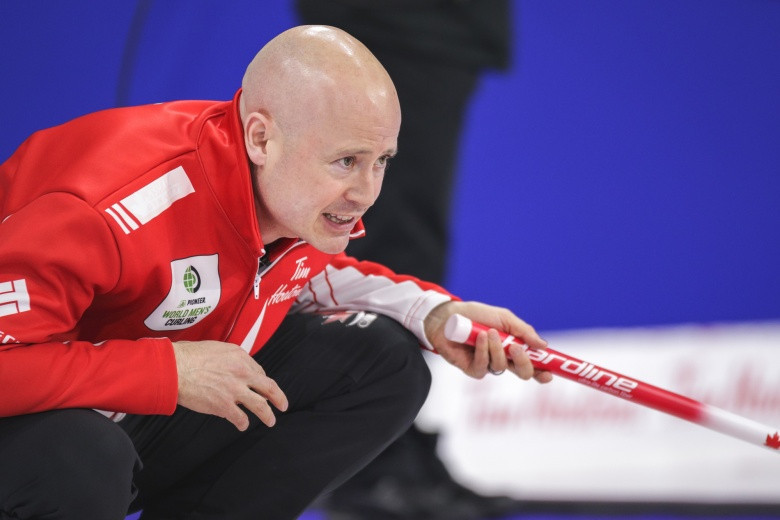 Hosts Canada beat Norway 10-2 in this afternoon’s session to remain top of the standings at the Men’s World Curling Championships in Lethbridge.

After five matches, last year’s runners-up have five wins and share the lead with Switzerland and defending champions Sweden, who are also unbeaten at ENMAX Centre.

Norway and South Korea remain bottom and still searching for their first victories, while elsewhere Italy beat China 8-2 to gain their second win and the United States edged past Scotland 9-8.

At one point, Canada had led Norway 7-1 and it took just six ends to seal the win.

“That’s what I focus on, getting the job done and we’ve done it for a while.

“Odds are we’re not going to win all our games this week, but we just have to win the last one.”

Sweden with this long run-back take-out gives them a score of one and handshakes from Japan! #WMCC2019 #Curling pic.twitter.com/i49ekoqWVc

The contest against the Dutch ended 7-6 but they were more comfortable in the evening session, beating the Germans 9-6.

The Olympic silver medallists despatched Germany 8-2 in the morning session and then won 8-3 against Japan in the evening.