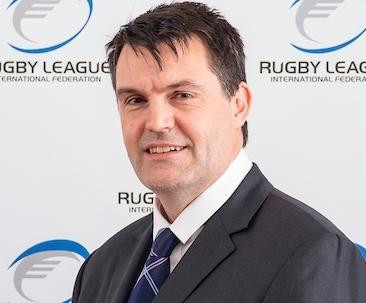 Members of the Rugby League International Federation (RLIF) have approved a series of proposals to reform the body’s governance structure, including the appointment of three independent directors, following a "rigorous two-and-a-half-year process".

In a statement, the RILF revealed the changes were unanimously approved by "all members who voted", with the new directors, once they are appointed, set to serve three-year terms.

They will be limited to serving three terms in all, for a total of nine years.

"Going forward the Board will include three independent directors appointed for the experience, skill and expertise in delivering the objectives of the RLIF," the statement read.

"One of those independent directors will become the chair.

"They will be supported by two directors drawn from the Rugby Football League (RFL) and the Australian Rugby League Commission (ARLC), this recognises the importance of the major professional leagues."

A further six directors will then by drawn equally from the Rugby League European Federation (RLEF) and the Asia Pacific Rugby League Confederation (APRLC).

A further change will see a new membership policy adopted later this year following a review by the RLIF Board.

It is claimed this will "recognise the pathway of membership", from observer, through to affiliate member and then full member.

"We are a members’ organisation and therefore to receive their comprehensive support is very important," he said.

"It demonstrates the progress the RLIF has made into a more collegiate and dynamic organisation.

"The Board composition will better reflect our global development albeit recognising our geographical strength at the same time.

"The addition of independent directors is a great opportunity for the game to recruit added value and experience to continue our journey to develop the sport globally."

Thompson added that having a governance structure that reflects the requirements of modern international sport is "essential".

"I would like to thank the governance working party, the directors and all of our national members who have contributed so collaboratively in moving the international game forward again," he said.